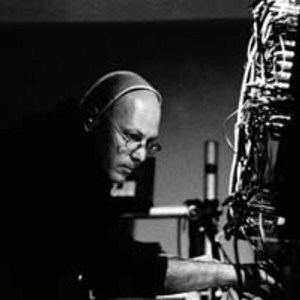 Across three decades and over 30 albums, Robert Rich has helped define the genres of ambient music, dark ambient, tribal ambient and trance, yet his music remains hard to categorize. Part of his unique sound comes from using home-made acoustic and electronic instruments, microtonal harmonies, computer-based signal processing, chaotic systems and feedback networks. Rich began building his own analog synthesizers in 1976, when he was 13 years old, and later studied for a year at Stanford's Center for Computer Research in Music and Acoustics (CCRMA).

Rich has performed in caves, cathedrals, planetaria, art galleries and concert halls throughout Europe and North America. His all-night Sleep Concerts, first performed in 1982, became legendary in the San Francisco area. In 1996 he revived his all-night concert format, playing Sleep Concerts for live and radio audiences across the US during a three month tour. In 2001 Rich released the 7 hour DVD "Somnium", a studio distillation of the Sleep Concert experience, possibly the longest continuous piece of music ever released.

Rich has designed sounds for television and film scores, including the films "Pitch Black", "Crazy Beautiful", "Behind Enemy Lines" and others. His musical score graces Yahia Mehamdi's documentary on worker's compensation, "Thank You for Your Patience". Rich has worked closely with electronic instrument manufacturers, and his sound design fills the preset libraries of Emu's Proteus 3 and Morpheus, Seer Systems' Reality, sampling disks Things that Go Bump in the Night, ACID Loop Library Liquid Planet, and the TimewARP2600 soft-synth by WayOutWare. Rich has written software for composers who work in just intonation, and he helped develop the MIDI microtuning specification, which was accepted as an industry standard. As mastering engineer, he has applied his ear to dozens of albums, and his studio was featured twice in Keyboard Magazine.

Offering To The Morning Fog

What We Left Behind