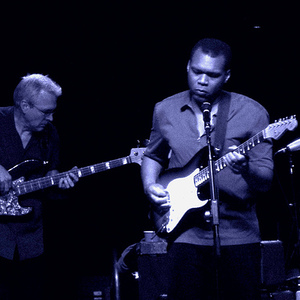 Robert Cray was among artists such as Stevie Ray Vaughan and George Thorogood, who got wider radio airplay and regular MTV video exposure during the late 1980s. He started playing guitar in his early teens. At Denbigh High School in Newport News, Virginia, his love of blues and soul music flourished as he started collecting records. By the time he was twenty, Cray had seen his heroes Albert Collins, Freddie King and Muddy Waters in concert, and decided to form his own band. His band started playing college towns on the west coast.

After several years of regional success, Cray was signed to Mercury Records in 1982. His third release, Strong Persuader, received a Grammy Award, while the crossover single "Smokin' Gun" gave him wider appeal and name recognition.

By now, Cray was an opening act for major stars, such as Eric Clapton (who remains a loyal friend to this day), and sold out larger venues as a solo artist. By the early 1990s his name was immediately associated with his soothing, soulful voice, crisp, clean guitar work, and innovative modern blues sound. Cray has generally played Fender guitars (Telecasters and Stratocasters) and his touring band consists of bass, drums, keyboard, saxophone and trumpet.

Robert Cray also had the oppertunity to play alongside John Lee Hooker in his album Boom Boom. He has a solo in the song Same Old Blues Again.

He continues to record and tour. Cray appeared multiple times on Eric Clapton's Crossroads Guitar Festival, and is currently supporting 'Slowhand' on his 2006 world tour.

That's What I Heard

Live From Across The Pond CD2

Live From Across The Pond CD1