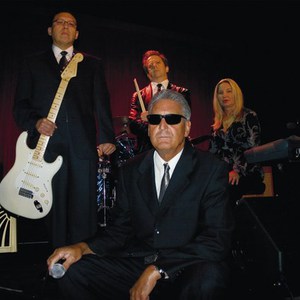 Don't make the mistake of thinking of Rod Piazza as one of the "young turks" of the blues, or part of the "new generation" of blues greats. At this point in his career, Piazza has been recording longer than his mentor George "Harmonica" Smith did, or Sonny Boy Williamson (either of them!), or Big Walter Horton. He's been making records for more years than Little Walter was alive. Piazza is a tried-and-true, dyed-in-the-wool blues veteran with credentials that are second to none.

From his first recordings as a leader in 1967 fronting The Dirty Blues Band, through his multiple W.C. Handy Award winning with his current band The Mighty Flyers, to his countless appearances both live and on record with legendary blues figures, Piazza has set a standard for harmonica virtuosity that has established him as one of the most influential living blues harp players. He's consistently surrounded himself with players who bring out the best he has to offer, and epitomize the very best in blues: fresh, swinging, tasteful, exciting and creative. The core of his band has been together for over three decades, and developed the kind of musical telepathy that simply cannot exist without years of experience on the bandstand and in the studio. The Mighty Flyers are a well-oiled machine, with Piazza in the driver's seat.

Born in 1947, Piazza's infatuation with blues began at a time when many of the masters were still in their prime years, and in the mid 1960s when the first blues revival was picking up steam, he was in the thick of it. By the 1970s, he'd already released five albums, and was one of the leading lights of the West Coast Blues scene. In the early '70s he joined forces with Otis Spann disciple Honey Alexander (now his wife) on piano, and when they formed the Mighty Flyers over three decades ago, his career really hit its stride. Since then Piazza and the Mighty Flyers have won or been nominated for just about every award that can be bestowed upon a blues band, played literally thousands of gigs around the world, recorded over a dozen highly acclaimed releases, and along the way virtually created a new style of blues - a combination of low-down Chicago grit, suave West Coast swing and jazz, and the rhythmic drive of the best early R&B and rock & roll. Quite simply, Rod Piazza and The Mighty Flyers are one of the best, most experienced, and most distinctive bands in blues today.

Blues in the Dark

For The Chosen Who