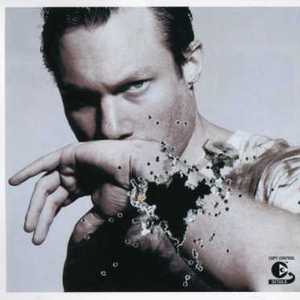 Rob Dougan, who started as Rob D, is a genre-blending music composer. Mixing the sound of orchestral film music, the beat of club Trip Hop, and bluesy vocals, he is only tangentially relatable to electronic music. He was known primarily for his 1995 breakthrough single "Clubbed to Death (Kurayamino Variation)", popularized by 1999's The Matrix soundtrack. It wasn't until 2002 that he released his debut album Furious Angels in the UK. He was born in 1969 in Sydney, Australia and moved to London, UK ca. 1990.

Around 1990, his friend Rollo Armstrong brought Rob Dougan from Australia to London. From 1991 to 1995, "Rob D" was a DJ and remix artist. In 1994 his remixes started charting in the UK. He also released his first own single, "Hard Times".

In 1995, his hit single "Clubbed to Death" gave him a recognized name in the UK dance club scene. He produced almost a dozen remixes of it, including the fan-favourite "kurayamino mix". His label Mo'Wax Records was so pleased they commissioned him the follow-up "Clubbed to Death 2" (later the bonus track on the album).

But in 1996, his new track "Furious Angels" (which should have heralded his first album) didn't please his then label; Dougan eventually released it as a single in 1998 with his new label Cheeky Records, just a few months before Cheeky went bankrupt, stopping the production on the album about to be released. Dougan toiled six more years, doing remixes and licensing his tracks, in order to self-produce the album exactly like he intended it: backed by a full orchestra and a full choir.

In 1999, his exposure increased dramatically when his "Clubbed to Death (Kurayamino Variation)" was featured on the soundtrack of The Matrix, but this hit remained the only public face of then "Rob D". He has also provided remixes of songs by U2, Moby and Kylie Minogue, and contributed two more tracks to the soundtrack of the 2003's Matrix sequel The Matrix Reloaded.

In 2002 in the UK, and 2003 in the rest of the world, he eventually released his debut album Furious Angels to mixed responses and some surprise from the new tone of his work, as well as from his own Leonard Cohenesque gravel-voiced vocals. Later in 2003, a two-disc re-release of Furious Angels featured all-instrumental versions on the second disc.

Dougan's music is difficult to pin down into a single genre. He obviously composes with a significant dance club-influenced beat, but with major symphonic elements such as full-sized string orchestras, and his own, rough, alternative-rock-like lyrics. When asked, Rob Dougan's usual response is that the album is "antigenre".

Currently Rob Dougan is working on two new releases - a classical album of "some gems (often obscure), own favorites and pieces that he like a lot" (a sort of cover-album), and album of orchestral pieces which he has written by himself (a follow-up album to Furious Angels).

The Life Of The World To Come