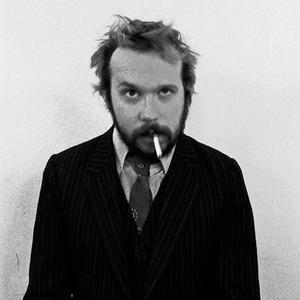 Reverend Glasseye (formerly known as Reverend Glasseye and His Wooden Legs) is a weird-dark-cabaret-folk-circus-gospel-alt-country-rock band from Boston, Massachusetts. Formed in 2000 the band is primarily the brainchild of Adam Glasseye (ex-member of Slim Cessna's Auto Club) and Timothy Maher (drums, also of Slim Cessna's Auto Club). They have been compared to bands like Squirrel Nut Zippers, Blanche or Kaleidepy and their music has been labeled "dark salvation music".

With their extravagant live performances of gospel cabaret punk, Reverend Glasseye has developed a cult-like following of well-dressed, flower-wielding celebrants.

Their debut album, 'Black River Falls' (released under the name of 'Reverend Glasseye And His Wooden Legs') of 2001 was warmly welcomed by press and radio alike. Reverend Glasseye's second release, 'Happy End and Begin', came out in the Fall of 2004 on Ottawa's Music for Cats Records, and went on to become the label's top seller. In 2005 Reverend Glasseye won Boston's most prestigious battle of the bands, WBCN's Rock and Roll Rumble. Their record, 'Our Lady of the Broken Spine' was released on November 8, 2005.

The revolving line-up has included among others Piet Masone, Paul Fonfara (incorrectly listed as "Fonfera") (Woven Hand, DeVotchKa, Jim White, and Twin Cities-based bands Painted Saints, Spaghetti Western String Co., and The Brass Messengers), Stevhen Iancu (Portland's The Dolomites and recent fill-in accordionist for Gogol Bordello), Paul Dilly on the upright bass and lead guitar, Cassandra Lomas on the trombone and tuba, and Kevin Corzett on the saxophone and clarinet.

In 2007 Adam Glasseye and Tim Maher moved to Austin, Texas, and decided to put Reverend Glasseye on hiatus. By 2009 they have recruited Barbara Arriaga (Cello), Randall Holt (Cello), and Thom Washburn (Drums) as members of the band, recorded new songs and plan to go on tour again.

Our Lady of the Broken Spine