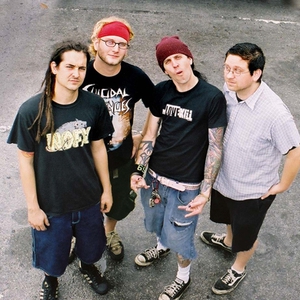 Pumping out fast and melodic guitar-driven punk, Rehasher were born sometime around 2002 in the depths of Gainesville, FL, simply as a more formal excuse for the bandmembers to hang out, drink, and play music together. Less Than Jake bassist Roger Manganelli shared guitar and vocal duties with Ryan Geis (just call him Geis, please), and the two were completed by drummer Jake Crown and bassist Gui Amador.

In addition to Less Than Jake, the guys represented plenty of time logged in other bands, including Army of Ponch, Bullets to Broadway, and Savage Brewtality. With no set time frame in mind -- and no intentions of making Rehasher a full-time gig -- they leisurely wrote and recorded an album in between their other commitments. The resulting Off Key Melodies appeared in the fall of 2004 via local imprint No Idea Records. They later recorded the song "PVC" exclusively to be downloaded for free on PureVolume. Their second album, High Speed Access To My Brain, will be released in 2009 on Less Than Jake drummer Vinnie Fiorelli's new label Paper + Plastick.