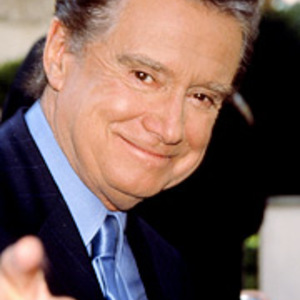 Regis Francis Xavier Philbin (Born in The Bronx, NY on August 25, 1931) is an experienced American talk show host whose career has included stints as a game show host and all-purpose television personality. Appearing on television since at least the 1960s and confirmed by his Guinness World Record, he is consistently called (somewhat tongue-in-cheek) "the hardest working man in show business." Regis's nicknames include Reege (with spelling variants Rege or Reeg), Big Daddy,[1] Big Man, and #1;[2] the latter three popularized by his Live with Regis and Kelly co-host Kelly Ripa.