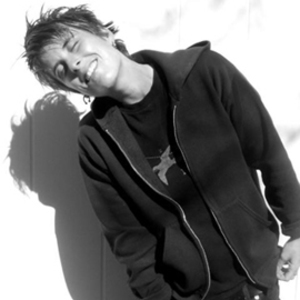 Andrea moved from New Orleans to Colorado in 1999, where she began attending weekly poetry readings at Denver's political hub, The Mercury Caf?. In a years time she had rushed the scene, making her mark with the 2000 Denver Slam Team at The National Poetry Slam in Providence, Rhode Island. In the same year, Andrea joined Vox Feminista, a multi-passionate performance tribe of radical, political women bent on social change through cultural revolution.

She went on to become a four-time Denver Grand Slam Champion. Andrea took 4th place out of 350 poets in the individual finals at the 2004 National Poetry Slam in St. Louis, while simultaneously leading Team Denver to a 2nd place title in the team competition.

Andrea has headlined everywhere from the Nuyorican Poet's Caf?, to Pride Fests and Lady Fests, to high schools and universities throughout the country. She has been showcased on Free Speech TV, Dyke TV, the documentary Slam Planet, and Independent Radio Stations nationwide. She is featured on New York City's 2004 Best of Urbana CD, and is currently a member of the prestigious Bullhorn Collective "comprised of 30 of the highest ranking slam poets and most accomplished performance poets in the world." She has shared the stage with such names as Leslie Feinberg, Amy Goodman, Dennis Kucinich and KRS1.

Andrea's poetry deconstructs the foundations of the current political machine, highlighting issues such as patriarchy, gender norms, white-supremacy, and capitalist culture. Her words are honest, humble and "oh my god, I can't believe you said that in public!" (ex-girlfriend #4).

She has also self published three books, Trees That Grow in Cemeteries, Yellow Bird, and What the Yarn Knows of Sweaters.

WHEN THE BOUGH BREAKS