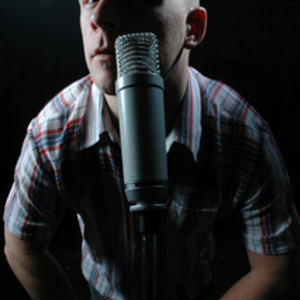 BUDDY WAKEFIELD is the two-time Individual World Poetry Slam Champion featured on NPR, the BBC, and HBOs Def Poetry Jam. In 2004 he won the Individual World Poetry Slam Finals thanks to the support of anthropologist and producer Norman Lear then successfully defended that title at the International Poetry Festival in Rotterdam, Netherlands against the national champions of seven European countries with works translated into Dutch.

In 2005 he won the Individual World Poetry Slam Championship title again and has gone on to share the stage with nearly every notable performance poet in the world including Saul Williams, Sage Francis, Utah Phillips, Derrick Brown and Marc Bamuthi Joseph in hundreds of venues internationally from Comedy Centrals Hudson Theater and Scotlands Oran Moore to San Quentin State Penitentiary and CBGBs.

In the spring of 2001 Buddy left his position as the executive assistant at a bio medical firm in Gig Harbor, WA, sold or gave away all he owned, moved into the small town of Honda Civic, and set out to live for a living, touring every major poetry venue in North America through 2003. He still tours full time while managing The Bullhorn Collective (a talent agency founded by Wakefield), made up of 30 of the highest ranking Slam Poets and most accomplished performance poets alive.

Buddy, a Board of Directors member with Youth Speaks Seattle and member of Team Seattle 2006 for the National Poetry Slam Finals, is known for delivering raw, rounded, high vibration performances of humor and heart while shifting social paradigms and making origami gum out of cross-cultural barriers through powerful accounts of release.

A Stretch of Presence