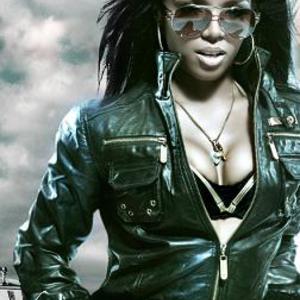 Rasheeda is a female rapper from Atlanta, Georgia, who started her career in the hip hop trio Da Kaperz in 1998. She has released 4 albums and has appeared on tracks with Petey Pablo, Nelly, Nivea, Cherish and in Ciara's "Goodies" video. Rasheeda has been dubbed several times as "Queen of Crunk" and the "Georgia Peach". She is best known for her hit single "My Bubble Gum". She's also a member of female duo Peach Candy with R&B singer-songwriter Kandi_Burruss.

Rasheeda is a rapper and singer from Atlanta, Georgia, she released 5 albums and has appeared on tracks with Petey Pablo, Nelly, Nivea, Cherish, and Ciara's "Goodies" video. Rasheeda has been called several times as "Queen of crunk" She is known for his hit single "My gum (Got that good) "She is also a member of girl group Peach Candy. Rasheeda had an early start in her career. As an adolescent, she and two of her friends formed hip-hop girl group Da Kaperz, which began her career in the entertainment business. Da Kaperz signed on to D-Lo Entertainment, which Rasheeda works with to the present. The group had caught widespread attention by early 2000.

Just a year later, Rasheeda began her career as a solo artist with Dirty South, a 2001 album between D-LO and Motown Records. With guest stars like Pastor Troy and Re-Re on board, the album quickly moved up the charts, with some of its tracks even labeled as new hip-hop anthems. Some of the other artists who also worked on Dirty South include Thugz Nation, Nelly and Jim Crow.

While Dirty South placed her firmly in the hip-hop genre, Rasheeda moved on to a more specific niche. Her 2002 second album Ghetto Dream, an indie release under D-Lo, had her churning out beats with the likes of Lil Jon & the Eastside Boyz. The Ghetto Dream sound featured faster rhythms and stronger beats, making it an instant hit with the club crowd. It was also with this album that Rasheeda earned her title as the Queen of Crunk.

Rasheeda paid homage to her Southern roots with her third album, Georgia Peach. Working once more with D-Lo Entertainment, the more intimate lyrics in Georgia Peach were combined with a slightly slower rhythm. The sexier, dirtier lyrics made it another favorite in the club circuits. Her latest effort, 2007's Dat Type of Gurl, had Rasheeda reprise some of her earlier works from Georgia Peach. Many of her old tracks were updated with remixes and samples thrown in for good measure.

The Best Of Rasheeda