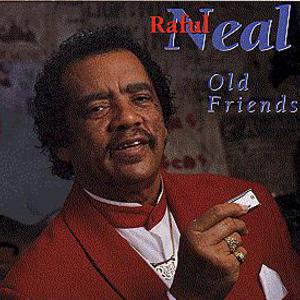 When he wasn't busy siring progeny (the Neal household produced ten kids, most of them seemingly now playing the blues), Raful Neal was staking his claim as one of the top harpists on the Baton Rouge blues front. Unfortunately, until recently, his discography didn't reflect that status -- but albums for Alligator and Ichiban have righted that injustice. Born in Baton Rouge in 1936, Neal took up the harp at age 14, tutored by a local player named Ike Brown and influenced by Chicago mainstay Little Walter.

Born in Baton Rouge in 1936, Neal took up the harp at age 14, tutored by a local player named Ike Brown and influenced by Chicago mainstay Little Walter. Neal's first band, the Clouds, also included guitarist Buddy Guy. This was the band Little Walter heard while in Baton Rouge and invited them to move up to Chicago and fill in at the gigs Walter couldn't make. Guy jumped at the chance but Neal decided to stay in Louisiana and raise his family. The harpist debuted on vinyl in 1958 with a 45 for Don Robey's Houston-headquartered Peacock Records. But "Sunny Side of Love," fine though it was, didn't lead to an encore for Peacock or anywhere else until much later, when Neal turned up with 45s on Whit, La Louisiane, and Fantastic.

Neal's debut album, the aptly titled Louisiana Legend, first emerged on Bob Greenlee's King Snake Records and was picked up by Alligator in 1990. I Been Mistreated, Neal's equally swampy follow-up, was released on Ichiban the following year; sons Noel (on bass) and Raful Jr. (on guitar) pitched in to help their old man out. Neal toured around the world and in 1997 he contributed harp to a couple of tracks on Tab Benoit's Live: Swampland Jam record. The understated but solid Old Friends appeared in 1998. Raful Neal died on September 1, 2004, after a long bout with cancer.