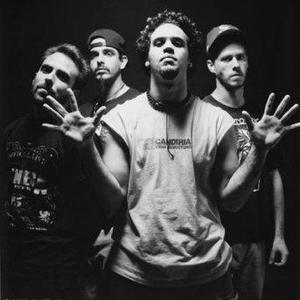 1. An alternative metal band from San Juan, Puerto Rico renouned for fusing contemporary metal with salsa, jazz, punk, Rock en Espa?ol, rap and traditional Latin influences. Puya was formed in 1988 originally with the name Whisker Biscuit by guitarist Ram?n Ort?z (formerly with Mattador) together with bassist Harold Hopkins and drummer Eduardo Paniagua. Originally they devoted themselves to playing instrumental songs, and then covers in the San Juan music scene.

In the early 90s, vocalist Sergio Curbelo joined the band and they changed their name to Puya. The band also relocated to Fort Lauderdale, Florida and polished their sound. In 1994 they released a 6-song demo cassette entitled Whisker Biscuit in reference to their former band name. Two years later in 1996 they released their eponymous debut album, Puya featuring 13 tracks, including a collaboration with the James Brown horn section on two songs.

There they also met producer Gustavo Santaolalla who signed them to MCA and they released their second album titled Fundamental which received critical praise. This propelled the band to stardom even landing them in the second stage of Ozzfest where they shared the opening slot with Slipknot in 1999.

In 2000, one of their songs ("T?rale"), was included in the soundtrack of the movie Heavy Metal 2000, the only track with lyrics in Spanish from the collection. Breaking out during the numetal scene, they opened for such bands as Sepultura, Fear Factory, Red Hot Chili Peppers, Iron Maiden and Kiss. They also recorded a cover song - using their particular style - of The Police's "Spirits in the Material World" in Spanish. The song was titled "Almas en un mundo material".

In 2001, the band released their second album with MCA entitled Union. Due to interference from the label, pushing the band towards less experimental material and preventing them from releasing the kind of music they wanted to, feelings of discontent began to form within the band. The album was not received as well as their previous two, and some of the members were already working in other projects. Ultimately in 2002 the band split up.

By 2003 guitarist Ramon Ortiz started his own band in Los Angeles called Ankla, combining his undeniable latin vein with elements of metal and thrash. Meanwhile, bassist Harold Hopkins puts together his own band in Puerto Rico called Yeva, a fusion of afro-caribbean grooves with elements of rock. Ed Paniagua spent his time recording drum tracks as well as touring for various solo artists. Sergio Curbelo went back to school for graphic computer arts in Miami.

For the next 6 years Puya remained in hiatus while its members pursued their other projects.

In 2009 the band reunited. On the 15th of May, Puya's first reunion concert in almost 7 years took place at Stereo Music Fest, Puerto Rico Convention Center. 12,000 people showed up for the occasion.

On August 27th 2009 a second reunion concert took place at the Medalla Yellow Pass Festival in Mayaguez Puerto Rico with an attendance of over 60,000 people. After this concert the band went into pre-production for their new album to be self produced and recorded with engeneer Isaac Sakko at Redemption Studio, Bayamon Puerto Rico, during the month of November. Entitled Areyto, the album is scheduled for release summer 2010. The cover of the new album has been designed by the internationally ranked tattoo artist Juan Salgado, Underskin Tattoo - Bayamon PR.

Along with the new CD, Puya will be releasing a live DVD called Puya - Pa Ti, recorded back in March 2002 at the Tito Puente Amphitheatre, one of the band's final shows before the hiatus. Most recently the band has opened for Guns N' Roses for their show in Puertro Rico on their current South American tour.

2. A romanian hip-hop artist from the former "La familia" band together with Sisu. Puya continued his musical career solo after Sisu had some drug problems and was imprisoned.
http://www.puyaoficial.ro/