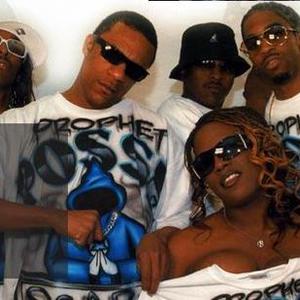 With a good foundation, you can continue to do great things. That is what Nick ?Scarfo? Jackson has learned. With the creation of Prophet Entertainment (the origin label of Three 6 Mafia) years ago, Nick Scarfo is back at it again. Although he never officially left the game he has revamped the Prophet Entertainment Camp with some old and new. "It's official, Crunchy Black and Gangsta Boo are with Prophet Camp and the new Prophet Posse Camp mixtapes and albums are coming soon to put Memphis back where it belongs," stated Nicky Scarfo in a recent talk with MemphisRap.com.

With the first album on Prophet Entertainment being Kingpin Skinny Pimp back in the day, everyone knows what this camp can bring to the rap game. This will be classic Memphis rap music in the making.

Nick Scarfo also told Memphisrap.com of all the artists, new and old, who are now apart of the new Prophet Entertainment Camp. Some of the old artists like Crunchy Black, Gangsta Boo, along with the All Star, new female artist Hot Sauce on the list, the new albums are going to hit the music world with nothing but hard music that will be like old and new at the same time. Some other artists in the camp are T-Lo, Willie Diamante, Indo G, K Roc, Playa Po, and Young Remy. Prophet Entertainment also provides a promotion company based out of Memphis. With another movement ManUp Records' CEO Lil' Twin, the nephew of Jackson, is following the lead with great production and a new look.

Some other features include Yo Gotti, Blackout, Pastor Troy, Lil' Flip.

The Return Pt.2 (Belly of the Beast) CD2

The Return Pt.2 (Belly of the Beast) CD1