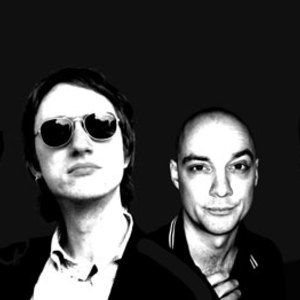 Popsicle was a swedish indie pop group active during the 90's. For a while they were one of the most popular groups in Sweden and in 1995 they had a big hit with the song Not Forever. Popsicle split up 1999 but reunited in 2005 for a gig at a record store in Stockholm and a final concert at a bigger venue. Popsicle (???) is also a sub-unit of the South-Korean group called The BOSS (????). Comprised of the three members: Mika, Karam and Jay.

Popsicle (???) is also a sub-unit of the South-Korean group called The BOSS (????). Comprised of the three members: Mika, Karam and Jay.

Lee Suhoon (???), better known by his current stage name, Mika, was born on June 28, 1990 (aged 20), making him the oldest member of The Boss. Mika is the leader and the main vocalist. Like the other members of The Boss, Mika was firstly part of 3rd and 4th generation Xing, under the stage name "White". He was also part of another of Xing Entertainment's groups, Singing In The Rain, before being part of Xing. He was also featured in SOOLj's "A Man Cries" as well as Lee Ah Si's "Hello". Mika is 178 cm tall and blood type B. He is also known for being a second-cousin of 2PM's main vocalist Junsu.

Park Hyuncheol, (???) better known by his current stage name, Karam, was born exactly one year after fellow member Mika, on June 28, 1991 (aged 19) in Daegu. Like his fellow members, Karam was a member of Xing, using the stage name "Rising", however he was only a member of the 4th generation. He was inspired to become a dancer by TVXQ's U-know Yunho and continues to idolise him as a member of The Boss. Because of Karam's looks, the other member's joke with him and refer to him as 'God's Face' after it being in the fanchant to 'Admiring Boy'. He also considers himself to be 'best friends forever' with fellow members Injoon and Jay.

Jeon Jihwan (???), better known by his current stage name, Jay, is the 'maknae' of the band, born on March 31, 1994 (aged 16) in Seoul, and is the main dancer and rapper of the group. Like all the other members, Jay was a member of Xing using the name "Kiparang" in the 3rd and 4th generations. Before debuting in The Boss, Jay was featured on Star King for his popping skills, named by the show as the 'Poppin' Prodigy'. He was also cast a small part in the film Coin Boy. As the youngest member, he is also the shortest and lightest, standing at 170 cm and weight 45 kg. Jay is a blood type A.

The Good Side Of; Popsicle. CD2

The Good Side Of; Popsicle. CD1

Stand Up And Testify