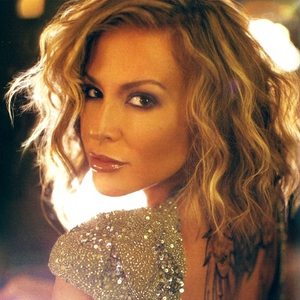 1- American singer / songwriter artist. 2- American experimental metal band. 3- Anast&aacute;cia, a Brazilian Bai?o singer Anastacia (born Anastacia Lyn Newkirk; September 17, 1968) is an American singer songwriter. Anastacia has been highly successful in Europe, Asia, South Africa and South America, but has not had as much success in her native United States. Her debut album, Not That Kind, released in 2000, achieved multi-platinum sales in Australia, New Zealand and much of Europe.

Anastacia (born Anastacia Lyn Newkirk; September 17, 1968) is an American singer songwriter. Anastacia has been highly successful in Europe, Asia, South Africa and South America, but has not had as much success in her native United States. Her debut album, Not That Kind, released in 2000, achieved multi-platinum sales in Australia, New Zealand and much of Europe.

In 2005, she was recognized for worldwide sales of over 20 million albums/records. Anastacia is world-renowned for her powerful soul voice, and her small stature has also led to her being nicknamed "The Little Lady with The Big Voice". She was also known for her trademark glasses (often darkly tinted), but she had surgery to correct her vision permanently in August 2005.

Anastacia was born in Chicago, Illinois into a showbiz family. She is known for her powerful, raspy voice, and she is a dramatic soprano and is famous for her ability to hit high notes in her chest voice. Her vocal sound and style has sometimes led her to be initially mistaken for an African-American singer.

She became famous for her trademark glasses (often darkly tinted), but had surgery to correct her vision permanently in August 2005. She also made headlines when she was diagnosed with breast cancer in 2003.

Only 5'3" tall, she has been dubbed "the little lady with the big voice", and has been compared to Tina Turner and Aretha Franklin.

Her debut album Not That Kind was released in 2000. The album was a huge success, reaching the top ten in eight countries in Europe, Asia, and Oceania. It went quadruple platinum in Australia spurred by the success of her debut smash "I'm Outta Love" which was the most popular single of the year in that country for 2000. "I'm Outta Love" topped the charts in Australia, peaked at #2 in France and also reached number 6 in both the UK and Germany. In The US, it was only a minor radio hit. The second single "Not That Kind" reached number 11 in the UK and was a big hit all over Europe and the rest of the world. "Cowboys & Kisses" was released as the third single off the album, charting in the top 40 in some European countries. As the last single, "Made for Lovin' You" charted in the UK (27) and France (72).

While "I'm Outta Love" was a Top 10 song on the Hot Dance Club Play, "Not That Kind" did not chart high on the Billboard Hot 100.

Her second album, Freak of Nature achieved respectable sales although it did not match the level of international success of Not That Kind. The album title derives from a nickname her mother called her.[citation needed] The first single released was "Paid My Dues". The second single, "One Day in Your Life", reached number 11 in the UK and the top 10 in many European countries. The next single "Why'd You Lie to Me" reached the top 30 in the UK. "You'll Never Be Alone", the 4th single, reached #28 on the Adult Contemporary chart in the U.S. When the album was finally released in the United States in May 2002, she dedicated the album to Lisa "Left Eye" Lopes,[citation needed] who had died in a car wreck the month before. Lisa "Left Eye" Lopes was partly responsible for Anastacia's success, since Lisa hosted MTV's The Cut where Anastacia got her first break. Soon after she released a double disc edition featuring two bonus hits, remixes for three of the tracks on the album and two live tracks taken from a Japan gig that was performed on the September 13, 2002.

Anastacia joined Celine Dion, Mary J. Blige, Cyndi Lauper, Shakira, Cher, Dixie Chicks and Stevie Nicks for VH1's Divas Live in 2002 and she also contributed the song "Love Is a Crime" to the Chicago soundtrack. The song peaked at #1 on the Hot Dance Music/Club Play chart and enjoyed moderate airplay on Rhythmic/Dance format. Anastacia was selected to sing the theme from 2002 FIFA World Cup: "Boom".

As she said on Rove (Australia) in 2004, she wanted to have more edge to her vocals as she felt there was something missing from her previous works. She brought in many rock instruments which brought a new atmosphere to her music. She also felt that she still needed the funkiness and the pop as the singer felt that too much edge would sound wrong with her voice. Out of this a new sound was formed. She describes her sound as "sprock" - a combination of soul, pop and rock. She named the album after herself.

Anastacia entered record studios in September 2003 to begin recording her next album, working with Glen Ballard, Dallas Austin, and Dave Stewart for release in 2004. On the album, Anastacia also collaborated with P.O.D. lead singer Sonny Sandoval on the socially-conscious track "I Do".

The first single, released in March, was "Left Outside Alone", which saw a change in direction for Anastacia. Anastacia proved to be a smash hit reaching the top of the album charts in the United Kingdom, Ireland, the Netherlands, Australia, Greece, Germany, and Italy and number 2 in Portugal and Spain. "Left Outside Alone" proved to be equally successful reaching number 1 in Australia, Spain, Italy, Austria and Switzerland; number 2 in the Netherlands + Germany, number 3 in the UK and reaching the top 5 on the composite European chart. Strong airplay throughout Europe gave the song a Top 40 Charts world airplay ranking as one of the top five songs played on top 40 radio stations throughout the world in April 2004.

Unlike her first two albums, which were released in her homeland of America, Anastacia was not, despite being scheduled for release on three occasions. "Left Outside Alone" was released twice, but failed to pick up heavy airplay. It only gained sporadic Adult Contemporary and Hot AC format airplay. Again, it sparked Rhythmic/Dance format airplay and the dance mix of "Left Outside Alone" peaked at #1 on the Hot Dance Music/Club Play. After the original version of "Left Outside Alone" failed to catch on because of lukewarm promotional pushes, especially on radio, the album was postponed and eventually cancelled after the release date of August 30, 2004 passed. It was the 10th best selling single of 2004, with points of over 4,500,000 millions copies sold.

Anastacia released three further internationally successful singles; "Sick and Tired" (which gave her another #1 in Spain and another UK Top 5 single), the 16th best selling single of 2004 with 3,805,000 points , "Welcome to My Truth" (her best-selling hit in Spain), and the ballad "Heavy on My Heart" proceeds from the sale of which went towards her 'Anastacia Fund' (a charitable organization providing research funding for breast cancer).

A small batch of Anastacia the album was released with a bonus DVD, Anastacia poster and slip case. The DVD includes "Making Of Anastacia", "2002 Europe Promo Tour" and a photo gallery.

In late 2005, she released her first greatest hits collection, called Pieces of a Dream, named after a track of the same name. The album spawned the hit singles "Pieces of a Dream" and the duet with Eros Ramazzotti "I Belong to You", which was a huge hit in Europe, charting and peaking in the top ten in almost all the European countries. Even though Sony BMG did force her to release this collection, Anastacia says she is happy now that it was created as it was like a "story book", or summary of the first five years of her career.

Not long after the release of "I Belong to You", Anastacia released her first live DVD Live at Last on March 27, 2006 in Europe. The DVD contains footage from concerts in Berlin and Munich. It includes music videos to her four singles ("Left Outside Alone" [US version], "Everything Burns" [with Ben Moody], "Pieces Of A Dream" and "I Belong to You", with Eros Ramazzotti), five alternative videos (I Do, Rearview, Seasons Change, Underground Army and Time) to songs from her self named album, and a documentary about the tour.

On July 24, Anastacia announced that her long awaited fourth studio album Heavy Rotation will be released October 27, 2008 in Europe and Asia (and elsewhere in 2009). The new album will feature collaborations with producers Ne-Yo, The Heavyweights, Lester Mendez, JR Rotem and Rodney Jerkins. The album's first single, called "I Can Feel You", began playing in some radio markets on August 25, 2008.

It's A Man's World

Pieces Of A Dream

Heavy On My Heart