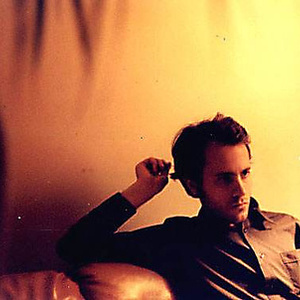 Sandro Perri is a songwriter and producer living in Toronto, Canada. Originally trained in jazz, and playing primarily guitar, electronics and percussion, he composes, plays and produces music that falls on multiple points across a broad spectrum of styles and genres. He is best known for his instrumental / electronic work under the Polmo Polpo moniker, which combines long-burn drones, submerged rhythms and various instrumental sources (slide guitar, strings, accordion) to make shimmering, pulsing tracks embedded with gorgeous melodic hooks.

Between 1999 and 2002, Sandro released a series of 12"s (by Cog, Dot Wiggin, and Polmo Polpo) on his own Audi Sensa label. These early Polmo Polpo tracks were compiled and re-issued on CD in 2002 by Alien8 Recordings, after which Perri began work on a proper full-length, issued by Constellation in 2003.

In recent years, Perri has been singing original songs either solo (employing kick drum and guitar) or with a rotating cast of improvisers in a project under his own name. A self-released CD-R of such recordings was re-issued by Constellation in 2006, featuring re-interpretations of tracks from his Polmo Polpo oeuvre, marked by vocals and live group playing ? and notably, no 'electronics'. A full-length recording of brilliant new tunes was released on Constellation in the fall of 2007, where one can hear musical influences as diverse as post-tropicalia Caetano Veloso, Vanguard-era Skip James (and his weary falsetto), and the 60s-era axis of hybrid songwriters like Tim Buckley, Tim Hardin, Harry Nilsson and Fred Neil. All of this filtered through the beautifully cracked musicianship of some of Toronto's finest young avant and improv players, and guided by Perri's wonderful melodic sense and brilliant lyrics.

Sandro has played and released music as part of Glissandro 70, Double Suicide and Dot Wiggin. Other past and present collaborators include Great Lake Swimmers, Eric Chenaux, Adam Marshall, Andre Ethier, Sawako, Detective Kalita/The Michael Parks, Andy Swan, Barzin, The Singing Saws and Tinkertoy. Behind the board, Perri has engineered, produced or mastered recordings by Alex Lukashevsky, Deep Dark United, CJ Boyd, Off the International Radar, Castlemusic and more. He has also remixed material for the likes of Stephen Malkmus, Under Byen, Ultra Red, Greek Buck, Nilan Perera and Luis Jacob. He does most of his production work out of his Toronto home studio, The Honey Pot.

The Science Of Breath