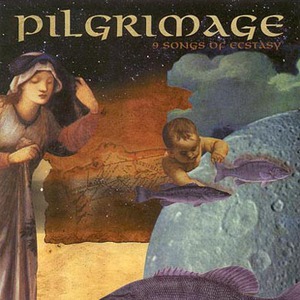 Pilgrimage is a musical project set up by Eric Calvi and Simon Cloquet. In 1997 they released their only album "9 Songs of Ecstasy" promoted with the single "Land of Ecstasy" based on the medieval text "Pal?stinalied?. The unique features of the Pilgrimage project spring from the selection of texts and production - the majority of songs are based on the medieval pilgrim's chants performed with use of modern instrumentarium, which unlike other popular medieval-based projects, have a slowly evolving almost progressive form.

Vocals are performed by English soprano Catherine Bott, famous especially for her adaptations of early and baroque music, and Philip Pickett ensemble of New London Consort.