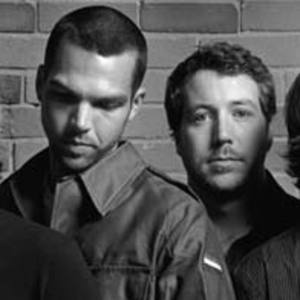 Originally formed as Pilate in 1999, the Toronto-based rock quartet changed their name to "Pilot Speed" in mid-2006, in order to avoid possible lawsuits as their music spread internationally from their native Canada. Pilate were born in 2000 after vocalist and New Zealand native Todd Clark left the music program at the University of Western Ontario where he'd been studying and placed an ad online for potential bandmates. Bassist Ruby Bumrah, a graduate of the Ontario College of Art and Design, answered the call, bringing with him fellow alums Chris Greenough (guitar) and Bill Keeley (drums).

Citing influences like Crowded House, Radiohead, and U2 for Pilate's especially sweeping brand of melodic rock -- not so dissimilar to acts like Keane, Coldplay, and Snow Patrol -- they released the six-song EP For All That's Given, Wasted in the summer of 2001. It quickly sold out its initial pressing and established the guys as players in the Canadian music scene.

They then landed opening slots on shows for Broken Social Scene, DFA 1979, and Hot Hot Heat, and received the honor of Best Unsigned Band at the 2002 North by Northeast music conference (Canada's version of SXSW in the U.S.). Soon after, Pilate inked a deal with indie MapleMusic Recordings, which then released their full-length debut, Caught by the Window, in 2003. The album produced two hits on national radio and MuchMusic, as the guys toured North America, Australia, and Japan. Their follow-up, Sell Control for Life's Speed, appeared back at home in mid-2006, after which the band changed its name to Pilot Speed. The quartet had signed with Wind-Up earlier that same year following the completion of its third album overall (and first as Pilot Speed), Into the West; the label released the record that September.

Caught By The Window