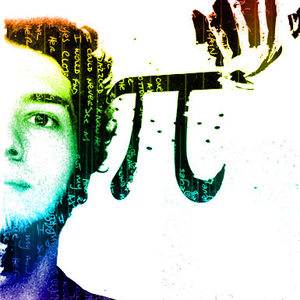 There are several artists with name "Pi" or "PI", that coexist in this page. Until Last.fm solves this issue, there's no other way... 1. Pi from Portugal (Electronic, Drum & Bass, Ambient, Big Beat, Noise, Progressive) || Schizzofrenik Records Label. 2. Pi is an alias of dutch dance act Sonic Solutions. 3. Pi was a post-rock experimental dub band from Rochester, Michigan. 4. Pi is a Russian Moscow-based experimental electronic artist. 1. A Life in Sound

Pi's the "first born child" of Jo?o Dorminsky, a portuguese musician and founder of Schizzofrenik Records. The artist described it as a "sound diary" that found it's way when he first got in touch with music in computers.

The interest in sound had a late awakening, when Dorminsky found a lost acoustic guitar in a storage room when he was 13 years old. For that moment on, music became a soul passion in search of a unique musical persona. As a reaction to radio airplay (with mere commercial interests), the project assumes its full form in 1999, when Jo?o Dorminsky began to develop its solo orchestra, inspired by everything but electronic music.

Then came the experiments and a growing interest for progressive and conceptual music, owner of a true artistic soul. In 2001 an ideology is presented, a full and felt awareness of the project as a sound diary.

By the time he's 18 years old, the first work is concluded: "Yi" (idea in chinese). It's an obscure and dark album, that evolves to something soother, searching for balance and psychologic rest. Soon after that, came a public presentation in an old military station in Oporto, his hometown, where he performed live for the first time.

After that came a period of instrospection, with the creation of new projects with a found interest in Music, Cinema, Comic Books and Graphic Design.

In 2002, the second album "Q~td(...)" is created, resulting as an hangover from the the previous one. The musical production is renewed in a more colourful way, giving place to more organic elements due to extensive creative work.

In the year 2003, the artist concludes a new album, "Portfolio", inspired by the duality between purity and chaos.

Then it all stopped. Three years after, inspired by the DIY concept, he builds is own music label, Schizzofrenik Records, and begins a new range of musical projects such as Low-Class Suite, Adamastor, Punk Androids, Ai Ai! and Joanesburgo em Stress among others. In 2007 it all began.

2.
Pi is a collaboration between dutch electronic / hardhouse producers Joris van Dijk and Michel Clerx. They had their biggest successes in Belgium with their jump-like style of music. Some of their tracks were in collaboration with dutch hardhouse / hardstyle / hardcore producer DJ Acesone.

They started of as Solid Solution, but changed their name in 2003 in Sonic Solutions.

There's also another bands and projects from Turkey, Japan, etc, with the same name.

3.
Pi featured David Daniels, David Gross, Drew Daniels, and Austin Kozlowski at the time of their split. They released one album, Lotus Blossom.

The Curse of the Songwriter