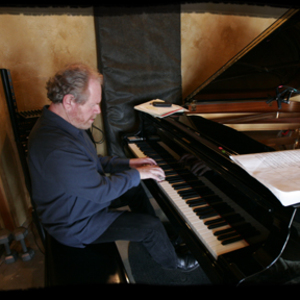 Philip Aaberg (born 1949) is a Montana-born pianist. He has balanced classical, blues and rock interests since earning a degree at Harvard, performing often in the chamber jazz genre. He has performed with notable acts such as Peter Gabriel, John Hiatt, Elvin Bishop, The Doobie Brothers, among many others. In 1985, Aaberg embarked on a recording career for Windham Hill Records, encompassing both solo piano and ensemble recordings. In 2000, Aaberg began his own label, Sweetgrass Music.

An electrifying performer, Philip was a mainstay for years on the popular Windham Hill Winter Solstice Tour. He also released several albums on the Windham Hill label including his new age piano classic, High Plains.

Out Of The Frame (Vinyl)