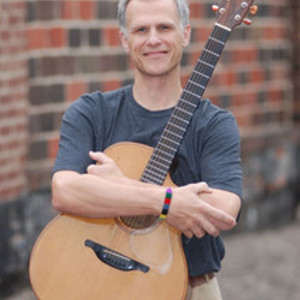 There are two musicians named Peter Mayer. Both are guitarists, vocalists and songwriters. One hails from St. Louis, has a band, and has been quietly and steadily building a fervent following across the country, stepping outside his role as one of Jimmy Buffett's Coral Reefers to front his own band, The Peter Mayer Group. Melding a unique and eclectic writing style, a distinctive voice, and virtuoso musicianship, Peter and his band create compelling and accessible music that is electrifying in live performance.

The other is a folk singer and hails from Stillwater, MN. This Peter writes songs for a small planet?songs about interconnectedness and the human journey; about the beauty and the mystery of the world. Whimsical, humorous, and profound, his music breaks the boundaries of "folk" and transcends to a realm beyond the everyday love song, to a place of wonder at the very heart of life itself.

This second Peter began playing the guitar and writing songs when he was in high school. He studied theology and music in college and then spent two years in seminary. After deciding that the priesthood wasn't for him, he took a part-time job as a church music director for eight years, while performing at clubs and colleges and writing and recording his music. In 1995, he quit his job and started touring full-time. Since then, Peter has gradually gained a dedicated, word-of-mouth following, selling out shows from Minnesota to Texas, New England to California. He has eight CDs to his credit, and has sold over 50,000 of them independently.