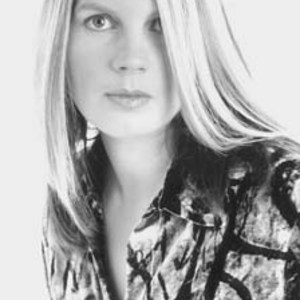 Penelope Houston (born December 17, 1958 in Los Angeles, California) is an American singer-songwriter and singer for the San Francisco-based punk rock band The Avengers. She was born in L.A. and raised in Seattle. In the mid-1970s she attended Fairhaven College in Bellingham, Washington. She became known for telling people in the dorm to turn down their music. In 1977, Houston moved to San Francisco, attended the San Francisco Art Institute and shortly thereafter became the lead singer and songwriter for the Avengers.

The Avengers released only one posthumous album, their eponymous debut in 1983. Following the group's demise in 1979, Houston left the punk music scene and stopped recording music for several years. The album is now out of print, although two retrospective collections have been released.

Houston returned to music in the mid 1980s. As a solo artist, she distanced herself from her punk roots, instead exploring folk music and folk rock. Her first full-length album was Birdboys which came out in 1987. Her most recent album is 2004's The Pale Green Girl.

Shortly after the release of Pale Green Girl, Houston and original guitarist Greg Ingraham recreated the Avengers, adding bassist Joel Reader (formerly of The Mr. T Experience, currently of The Plus Ones) and drummer Luis Illades (formerly of Pansy Division, currently also of the Plus Ones) to round out the lineup. Since the spring of 2004 she has toured the U.S. and Europe with this lineup.

Once In A Blue Moon

Silk Purse (From A Sows Ear)