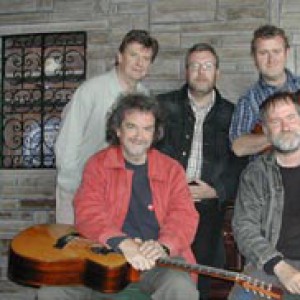 Patrick Street was one of the top Irish traditional bands of the 1980s, formed in Dublin in 1986 by Kevin Burke (formerly of The Bothy Band) on fiddle, Jackie Daly (De Dannan) on button accordion, Andy Irvine (Sweeney's Men, Planxty) on bouzouki and vocals, and Arty McGlynn (Van Morrison, Planxty) on guitar. McGlynn later left the group, and other members were added: Ged Foley (The House Band, Battlefield Band) on guitar, and Declan Masterson on uilleann pipes and keyboards. They have also played with Donal Lunny, Bill Whelan and Enda Walsh.

"Music For A Found Harmonium" was featured on the soundtrack to the independent motion picture "Napoleon Dynamite." However, due to a rights issue, the original Penguin Cafe Orchestra version (actually played on a harmonium) was used on the CD release of the soundtrack.

All In Good Time