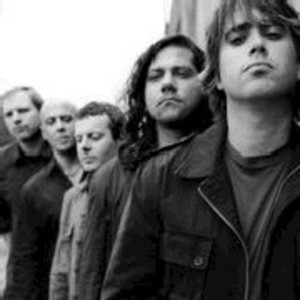 Work ethic. It is not a term you would normally associate with contemporary music, where memorable performances, on stage and in the studio, are just supposed to happen with effortless spontaneity. The reality, of course, is that the best music is the result of dedication, determination and the constant quest to go beyond the good to grasp the great. For Pat McGee Band, the best music is nurtured through a touring schedule that puts the band before its fans up to 250 times a year, an unwavering allegiance to the songwriting art and a fierce commitment to a collective creative evolution.

It is not a term you would normally associate with contemporary music, where memorable performances, on stage and in the studio, are just supposed to happen with effortless spontaneity.

The reality, of course, is that the best music is the result of dedication, determination and the constant quest to go beyond the good to grasp the great. For Pat McGee Band, the best music is nurtured through a touring schedule that puts the band before its fans up to 250 times a year, an unwavering allegiance to the songwriting art and a fierce commitment to a collective creative evolution.

It's the kind of sheer devotion to their craft that has set this Virginia-based quintet apart since their inception in the late-90s. In the process, they've garnered a rabid fan base and a word-of-mouth reputation for an emotionally charged collection of songs and a great live show. Inspired improvisational skills have made Pat McGee Band a premier live experience, a reputation about to extend to recorded realms with Save Me.

We made a real return to our rock roots, asserts McGee on the creative impetus behind Save Me. Commenting on his deeply imbedded influences in classic rock, McGee states, this is a real guitar driven record with a major emphasis on songwriting. We went into the process with one goal: to make it believable. Its not about perfection. Its about authenticity. We reached deep.

As the long-awaited follow-up to Shine, their 2001 major label debut, Save Me marks a new trajectory in the bands well-beaten, hard-worn path. Its a musical course that includes three well-received independent releases that together sold over 100,000 copies before the band ever arrived at a major label. The five members of Pat McGee Band, Pat McGee (vocals and guitar), Brian Fechino (guitar), Chardy McEwan (percussion), Chris Williams (drums), and John Small (bass), have slugged it out together for years. Add to that a near constant tour schedule that, to date, has encompassed over a half million miles in forty-four states, and its clear that McGee and company have made their musical mark the old fashioned way  one song and one show at a time. We feed off of each other live, says McGee. We never know where our live shows will lead us.

Along the way, they've perfected the art of consistent creative progression. Save Me was a stretch for us, McGee continues. With our last album we concentrated on making everything sound just right. This time the emphasis was on feeling. We worked a lot of these songs out in a live setting and felt comfortable with where we were going. That allowed us to have more fun in the studio. We weren't so focused on getting every last note in a three-part harmony down, which meant we really had to make the performances count in the moment. It was challenging, but we got it done because of all the experience we have backing us up.

From the evidence of Save Me, that contention has the ring of positive understatement. Produced by Gregg Wattenberg and Marti Frederiksen, Save Me does indeed accomplish that rare synthesis of inspired immediacy and hard won expertise on a selection of songs and performances that are easily the best in this bands career.

The heart of the Save Me tracks reveals a lot about the creative direction, all of which unfolded during a recording process that stretched from Summer 2002 to Spring 2003.

Dont Give Up, for example, came to McGee while he was on stage singing the chorus to the bands anthem and fan-favorite, Rebecca. The whole thing just popped into my head at once, he explains. As soon as I got off stage, I called my message machine and sang the melody into it so I wouldn't forget.

Annabel, was just fun to play, he says. Its got a real summer vibe and the fans immediately latched onto it. We had them singing along.

It was, in fact, audience response to the new material that proved invaluable in shaping the recording process. Must Have Been Love is one of our heavier live songs, continues McGee. It was a blast to play live and we knew from the reaction we were getting that it was a keeper. Also, squarely in that category, is the atmospheric Shady. It started out an alt-rock epic, with a huge guitar riff, McGee recounts, but it wasn't working for us. So we really slowed it down and it immediately worked.

Pats lyrical skills also figured prominently on this record. Most of the songs are about relationships and all the ways they can go right or wrong, McGee explains. Beautiful Ways is about a love affair built on false premises, while You And I takes the point of view of a guy whos just blown the best thing in his life. I tried to write about situations people could relate to. Its a way for them to connect their own thoughts and feelings with a song.

The connection between Pat McGee Band and their growing legion of fans is certain to be solidified by the accomplishment of Save Me. It is a triumph built on a formidable talent and nurtured by a desire to put their fans first.

These Days (The Virginia Sessions)