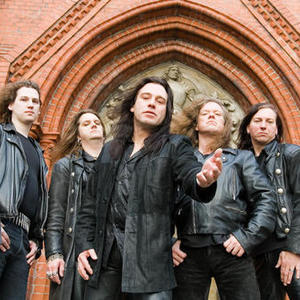 There are at least 6 artists with the name Paragon: Fast information about the 6 artist in steps, more information under it about all the artists 1. Paragon: A German Heavy/Speed Metal Band 2. Paragon: A Swedish rapper 3. Paragon: An alias used by Michael Kohlbecker 4. Paragon: A Michigan based quartet 5. Paragon: A Dutch Rock band from Utrecht 6. Paragon: An American microtonalist and dance music producer

Fast information about the 6 artist in steps, more information under it about all the artists


1) The German Heavy Metal Band Paragon was founded in 1990 by guitar player and main songwriter Martin Christian. In 1992, long before any ?True Metal Hype? Paragon recorded their first demo tape ?MAELSTROM OF DECLINE? and played first live shows. 1994 the band released the ?INTO THE BLACK? Mini CD and received good reviews in the Metal press all over Germany. At the end of 1994 Martin had written enough songs to record the first ?official? release ?WORLD OF SIN?. Today Paragon is one of the leading bands within German metal.

2) Paragon (Simon Molin), Swedish rapper from S?dermalm, Stockholm. Member of the group (and record) Hemmalaget. Former member of the "Royal Blood" collective, when he was rapping in English, but switched to English around 1999. The texts are often about the hometown Stockholm. Cousin of the Swedish singer Agnes Carlsson.

5) The Dutch Rock Band Paragon was founded in 1993 by guitar player Erwin van der Ven and bass player Jeroen Verkroost, as a new incarnation of their previous band Pentagon (1989 - 1992). In 1992, Paragon recorded their first demo tape and played first live shows. The repertoire was crossover progressive/heavy rock. In 1993 the band was joined by singer Freek Paardenkooper and switched to a lighter style of Rock with some Grunge influences. In 1995 Drummer Koos de Wit joined and Paragon released an EP with 5 tracks. These were re-recorded for the 1997 ?BALANCE THE SCALES? CD, which received good reviews in the Dutch press. Paragon toured the Dutch small-club circuit extensively until early 1998, after which the band disbanded.

Law Of The Blade