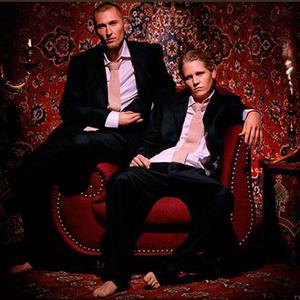 Paperboys is a Norwegian hip hop-duo consisting of rapper ?yvind ?Vinni? Sauvik and DJ Ole Aleksander ?Pope Dawg? Halstensg?rd. The duo has released four albums and their debut included Barcelona, a collaboration with Madcon which was a hit in Norway. The band won the hip hop Spellemannprisen in 2002 and 2005. Paperboys made a huge comeback in 2009 after a break. Vinni and his Team Vinni made sucess in TV2's "Korslaget" ( The battle of the choirs) and went straight to the top on the Norwegian hit lists with "Lonesome Traveller" .

If you are looking for the Canadian band, you can find them at their last.fm page The Paperboys.

No Cure For Life