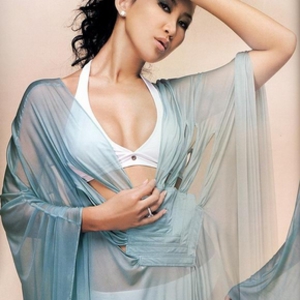 Coco Lee is a Chinese-American singer-songwriter, record producer and actress. While she was raised in San Francisco, she was born in Hong Kong. Coco gained international recoginition with "A Love Before Time" from the motion picture "Crouching Tiger, Hidden Dragon." In 2002, she became the first Chinese singer to sing the U.S. National Anthem at a major global sporting event. It was around this time she released her debut English language album, "Just No Other Way.

This album was issued through Sony BMG in 2001. It features such hit songs as "Wherever You Go", "Before I Fall In Love" and "Do You Want My Love." After two more successful Cantonese Pop albums, Coco issued her sophomore English album in 2005 titled, "Exposed." The album was successful. It includes the hit songs "No Doubt", "So Good", "All Around The World." Her sixth overall album, "Just Want You" in 2006. It takes a somewhat billingual approach. The songs are mainly in Cantonese but also has some English language lyrics.

I Just Wanna Marry U (CDS)