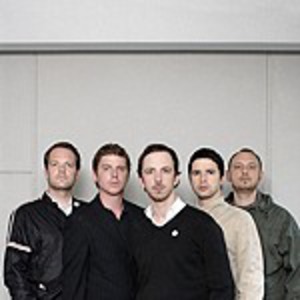 (1) UK electronic artist Pale has thus far only released ?Too Much."

(2) The German band Pale formed in 1993 in Aachen, Germany. Founding members were brothers Holger Kochs (vocals & guitar) and Stephan Kochs (drums) with Christian Dang (guitar & vocals). Other members included Philipp Breuer (bass), J?rgen Hilgers and Jonas Gervink (piano, synthesizers, vocals). Their most recent line-up change came in 2007, when J?rgen and Jonas left and were replaced by "Lisse" and Jost Schiefer. So far they have released six studio albums in Germany, at least some of them have also been released in the USA, Japan and in the UK. For more info, visit their official site: www.pale-band.de or www.myspace.com/thepalefour.
The band split up in 2009.

(3)Pale formed in late 2004 with the intent of creating their own brand of alternate rock. Influenced by some of the greatest (Muse/Soundgarden amongst many others) mixed with an original approach, they gig around the Midlands and Staffordshire in the UK. 2004-2005 40+ gigs including Stafford Castle's "Live @The Castle" festival. Released several demo's and an EP 'An Endless Game'. 2006 drummer departed. 2007 new drummer and back to gigging, writing and recording. (www.bandpale.com)

(4)Twenty Knives began as Pale in 2002 and changed names to Twenty Knives after legal action taken by a Texas based bar band of the same name. Popular in underground electronic music circles for the use of bizarre processed vocals and bacon strips.
"It was fortunate for Pale that their parents all had great record collection because if they'd have had to grow up on a bad diet of German Techno and even worse German rock bands then they wouldn't have even picked up their instruments. Until all the Northern Soul clubs closed down in Germany they religiously attended at least once a week and still to this date they dance to the old records in their bedrooms. It's the combination of soul and British rock groups such as the Beatles and the Jam which make up the Pale's sound." (designermagazine.tripod.com)

(5)Pale was also the name of a swedish metalband active on the second half of the 90's. They played at some festivals around in Scandinavia. In 2001 they change their name to Lednote. (www.lednote.com)

(6)Pale was also the name of an electronic band from Modesto and San Francisco, CA that was popular in the US and UK in the 90s, a project of perennial Modesto music wunderkind Moon Trent.

(7)Pale is also the name of a Gothic Folk Metal band from Switzerland that formed in 2001. Their first full-length album is scheduled for 2009 (www.pale.ch)

(8)Pale is also the name of the American Rock Quartet from Houston, Texas formed in 2002. The band consists of Calvin Stanley (vocals), Robb Moore (guitar), Steven Wesson (bass), and Travis Middour (drums). They are described as intensely melodic, compared to bands such as Queen, Radiohead and Muse. They have two albums out: Here and Mandatory Ambulance. Their third CD is due out mid-2009 (www.myspace.com/palerocks). Can be located as Pale (U.S.) on Last.fm.