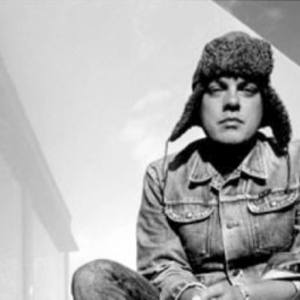 Mark Van Hoen occupies the shadier, more melancholic side of electronic music, assembling records of unmistakable beauty out of shards of dark, somewhat foreboding textures and arrangements. A London native working in TV and radio before concentrating full-time on recording for release, Van Hoen produced a string of highly thought-of releases for the R&S subsidiary Apollo, and experimental label Touch in a relatively short period of time.

He's quoted Steve Reich, David Sylvian, Kraftwerk, and Brian Eno as early influences, but more recently has been attempting to pursue paths of creative conception opened up by John Coltrane and Karlheinz Stockhausen. Although earlier releases focused on sprawling, mostly beatless experimental soundscapes, his mid- 90's work has incorporated elements of breakbeat styles such as trip-hop and jungle -- mostly in terms of production techniques, as opposed to aesthetic qualities, and with decidedly Locust flair. Truth Is Born of Arguments was the first release of this sort, and included heavy, distorted percussion and complex, looping polyrhythms similar to (although much more sluggish than) those found in drum'n'bass.
Not always the ambient misanthrope, Van Hoen splits his creative activity between Locust and a number of ongoing collaborative ventures, among them Autocreation (techno) and Aurobindo (post-techno experimental electronic), the latter with Seefeel member Daren Seymour. Van Hoen's also completed a number of remixes for Seefeel, among others, and has recently incorporated elements of multimedia and performance art into his live appearances. Van Hoen also released the occasional recording under his given name, including 1996's Last Flowers from the Darkness and 1999's Playing with Time.