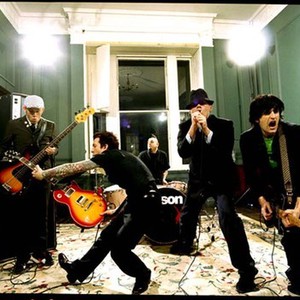 Orson were a BRIT Award-winning American rock band from Hollywood who formed in 1999. Their self-financed debut album Bright Idea, released by Mercury Records in 2006, was produced in Los Angeles by Noah Shain and went on to find chart success in the UK with their first single, No Tomorrow, and album reaching the number 1 slot in their respective categories. The band finally gained recognition in their home country during the Concert for Diana in July 2007. The band consisted of: * Jason Pebworth - vocals

Orson have been inactive since 2008, and with the members having disappeared off the musical radar, with the exception of Roentgen, who is currently pursuing a solo career with his project, Praying Hands, the group are considered to have disbanded between 2008 and 2009.