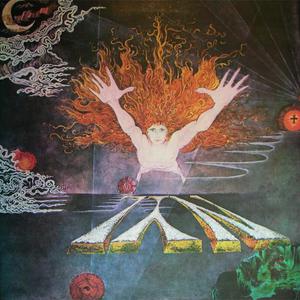 Nyl is a german band from Hannover (Germany) formed in 1995. Their music is inspired from progressive rock and jazz-rock. Bandmembers: Arndt Fiebig (the Voice) ; Martin Domke (Bass) ; Holger Heinz Kast (Gitarre) ; Otti Sinkemat (Drums) ; Steffen 'Fummel' K?hler (Keyboards) the band disappeared somewhere around 2002. http://members.aol.com/nyl2000/ (outdated) + + + + + + + + + + Nyl is also the name of a French band that released one album in 1976 on Urus records, the label founded by Richard Pinhas of Heldon.

the band disappeared somewhere around 2002.

Nyl is also the name of a French band that released one album in 1976 on Urus records, the label founded by Richard Pinhas of Heldon. The french band be described as psychedelic rock with a blend of jazzy progressive rock and a touch of Zeuhl, though it's really not very Magma influenced despite the presence of Jannick Top on bass on some tracks. The album does have some tasty bass rifs and is an under-rated gem that's not quite prog enough to rate well in those circles and is a bit too late and proggy to be classed purely as a psych band. Comparisons have been made to Cos, and perhaps Gong.

Nyl is also a Neo-Prog band from Russia.

The band originated in 1992 when keyboardist Oleg Reznikov and bassist Alexander Bouzlov, members of a Russian rock opera, decided they wanted to develop some musical ideas of their own. It took them a while but they finally recruited drummer Kheifetz some five years later, and then guitarist Alexander Korpusov who would later be replaced by Bogdan Kazakov. Between 2001 and 2004, they took part in various prog festivals in Moscow and St. Petersburg and then went through a gruelling tour of the east of the country that brought them to the Officers' Club of the Revolutionary Armed Forces, at the East Rock Festival in Khabarovsk. In the meantime, Soyuz Music released their self-titled album.

The seven tracks that make up the album are extremely varied, giving the impression the band is experimenting with all kinds of styles: neo prog, art rock, symphonic prog, some pop, even a fusion excursion here and there. Somewhat in the same melodic vein as SAGA, RICOCHER or AVIARY, most tracks are built around a single interesting riff or bass line spiced up with plenty of tasty guitar solos plus very QUEEN-like vocal harmonies (vocals are slightly accented but not enough to be a nuisance). A very promising debut from a band that is bound to find its identity on their next album.

Recommended to fans of SAGA, STYX, JADIS, KAYAK and FOR ABSENT FRIENDS.