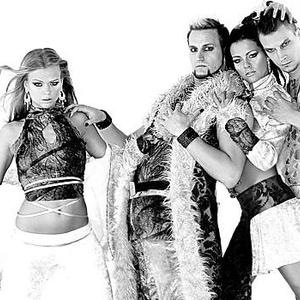 Nu Pagadi was a German pop band, formed in the autumn of 2004 on the fourth season of international TV sensation Popstars. Originally a quartet, later a trio the group describes their own musical style as "Glam Rock"; In fact the attribute "Pop with rockmusic elements" fits better. In September 2005, only ten months after the band's formation, the members announced their official split due to musical differences.