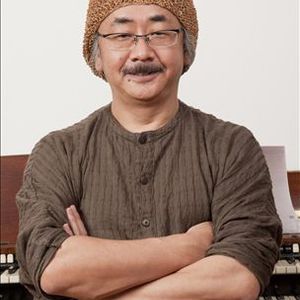 Nobuo Uematsu (Born March 21, 1959) is best known for his composition for the Squaresoft (now Square Enix) games company throughout the 1980s and 1990s, most notably on the Final Fantasy series of games. Composing all his work on the keyboards, he has been hailed as one of the most popular and beloved composers of video game soundtracks. Uematsu enjoyed commercial success with the track ?Eyes on Me? from Final Fantasy VIII, performed by Hong Kong singer Faye Wong (Wang Fei - ??).

Uematsu enjoyed commercial success with the track ?Eyes on Me? from Final Fantasy VIII, performed by Hong Kong singer Faye Wong (Wang Fei - ??). This song, released in 1999, sold 400,000 copies, a record for any track taken from a video game, as well as winning the ?Song of the Year? award at the 1999 Japan Gold Disc Awards. Uematsu was subsequently named in Time Magazine's list of the Top 100 Innovators - Music, and has toured Japan playing classical concerts on several occasions.

His music itself is notoriously eclectic, tracks featured skip between pop-style balladry, to fusion styles incorporating african traditions to, in recent years, a number of celtic-influenced recordings and releases. Many of his works also contain elements of progressive rock and hard rock. His formation of The Black Mages, a rock band, in 2003, allowed him to experiment with his own compositions, releasing band renditions of a significant number of tracks from his soundtracks.

In October 2004, Uematsu formed Smile Please Co., Ltd. and continues to compose for Square Enix along with several other companies. In his composition for the sequel-film Final Fantasy VII: Advent Children, Uematsu was credited from Smile Please Co.