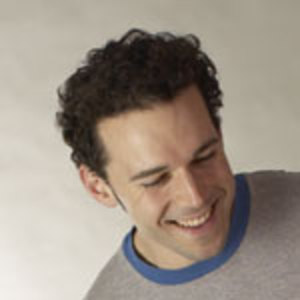 Descended from a long line of casually dressed Eastern European Jews, Noam was born in May of 1977 to Boston's Diane Weinstein and her husband Larry. Upon seeing their son's face for the first time, they named him Noam, Hebrew for "acceptable." Since then, Noam has been called everything from "a thrilling songwriter" (The Nashville Rage) to "a young Elvis Costello mixed with Randy Newman" (PasteMusic) to "utterly unique" (Performing Songwriter).

The editors at Time Out New York heard echoes of Harry Nilsson in his songs, while other folks mention Tom Waits, Leonard Cohen, The Band, Ben Folds, or Jakob Dylan. But one thing is clear: every word that has ever been written, spoken, or thought about him has been complimentary.

The 34-year-old artist (whose correctly pronounced name rhymes with ?No-Bomb Einstein?) grew up in Cambridge, Massachusetts, and began playing guitar and trumpet in elementary school and performing at venues such as Club Passim as a teenager. After college he headed for New York City, where he soon began performing at local clubs such as The Living Room, both as a singer-songwriter and as a guitarist accompanying other songwriters. In 2001 Noam released his debut EP, Enough About You. In 2002 he followed it up with Above the Music, produced by Jimi Zhivago, and in 2004 he completed his first full-length album, Probably Human, with Tyler Wood. Late 2006 brought We're All Going There, with Lee Alexander. From 2008-2009, Noam released a series of two-song singles online; they can be downloaded free here. Fall 2010 brought the release of Noam's first live album, Found Alive, featuring vocalist Heather Masse, cellist Rubin Kodheli, and many more. Sadly, Noam sold his trumpet in 1999, a year when the trumpet market had more than sufficient inventory.

Noam's been a finalist in the USA Songwriting Contest, the International Acoustic Music Awards, and the Song of the Year Award, and is a four-time recipient of the ASCAPlus Award. His music has received airplay on stations like WERS, WXPN, WFUV, and XM/Sirius Radio (more stations can be found here), and his song I Can Hurt People aired on the Showtime network during its program Weeds. His songs are regularly heard on Internet Podcasts and sites like Pandora and Last.fm, and his albums are available from all the major online retailers. Live appearances have included South by Southwest in Austin, CMJ and The Songwriters Hall of Fame in New York, and various clubs across the nation, as well as in Ireland (a small country in Western Europe) and England. In 2009, Germany's Skycap Records put out Sixteen Skies, Noam's first foreign release. (More details here.) He embarked on his first German tour in May of 2011.

In addition to his own recordings, Noam has been honored to have songs of his recorded by Jess Tardy, Greta Gertler, Naomi Sommers, and Lin McEwan, and performed live by artists like Anita Suhanin, Matt Kanelos, and Mieka Pauley. He is also honored to have been a guest vocalist on albums by The Great Unknowns and Sam Sadigursky.

We're All Going There