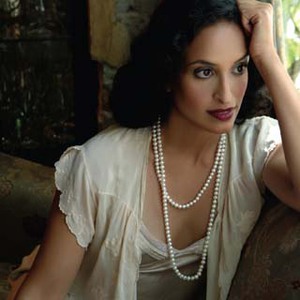 There are at least three distinct groups working under the name of Noa; the first is a popular Israeli songwriter, the second was a short-lived jazz-rock band from France and the third is a Japanese pop singer. 1) Known in Israel by her given name Achinoam Nini (Hebrew, ?????????? ??????), , Noa is Israel's leading international concert and recording artist. Born in Tel Aviv in 1969 Noa lived in New York City from age 2 until her return to Israel alone at the age of 17.

1) Known in Israel by her given name Achinoam Nini (Hebrew, ?????????? ??????), , Noa is Israel's leading international concert and recording artist. Born in Tel Aviv in 1969 Noa lived in New York City from age 2 until her return to Israel alone at the age of 17. Her family is originally from Yemen. After serving the mandatory two years in the Israeli Army in a military entertainment unit, Noa studied music at the Rimon School where she met her long-time partner and collaborator Gil Dor.

Noa's strongest influences come from the singer-songwriters of the 60s, like Paul Simon, Joni Mitchell and Leonard Cohen. These musical and lyrical sensibilities, combined with Noa's Yemenite roots and Gil Dor's strong background in jazz, classical and rock, have created Noa and Gil's unique sound, manifested in hundreds of songs written and performed together. Noa plays percussion, guitar and piano. She is married to Dr. Asher Barak, they have two children, Ayehli and Enea, and live in Israel.

Over the span of their 15 year career together, Gil and Noa have written and produced 4 hugely successful Israeli albums: "Achinoam Nini and Gil Dor Live", "Achinoam Nini and Gil Dor" (also known as "Rachel and Leah"), and "Achinoam Nini". Their four international albums are, "Noa" (produced by Pat Metheny) and "Calling" (produced by Rupert Hine) for Geffen records, "Blue Touches Blue" (produced by Mike Hedges) for Mercury records and "Now" (produced by Gil Dor & Yoad Nevo) for Universal Music. In addition, Noa has recorded a live album with the Israel Philharmonic Orchestra, and a live cd and dvd with The Solis String Quartet. Their latest release in Israel is a collection of Neapolitan songs translated into Hebrew, and performed together with the Solis string quartet, named Napoli-Tel Aviv. There are also various compilations available. The songwriting duo have sold over a million and a half copies of their current catalogue.

On Nov. 4th, 1995, Noa was on stage performing for an audience of 50,000 at the historic peace rally in Tel-Aviv just minutes before the late Yitchak Rabin was assassinated. She was the first and only major Israeli artist who agreed to have her name posted on the billboards calling for participation in this fateful rally.

In March 1999 Noa sang for President Clinton at the White House in the event held by the "Yitzhak Rabin Foundation" honoring the late Rabin's 77th birthday . She was also invited to sing in Oslo for the anniversary of the Peace accord signed there, before an audience that included President Clinton, Ehud Barak, Yasser Arafat and the King of Norway. Noa was awarded the "dove of peace" by Nobel-peace prize laureate Shimon Peres, and has performed and collaborated on numerous occasions with the "Peres Center for Peace".

In 2000, the Mayor of Melpignano awarded Noa and Nabil Salameh, Lebanese singer songwriter of the group "RadioDervish", honorary citizenship for their activity for peace. Two years later year, Nabil dedicated one of the group's albums to Noa's son, Ayehli.

In May 2002, Noa took part in the first-ever concert at the "Rome Colloseum", under the banner of "Time for Life- A Tribute for Peace". The event featured Ray Charles, Mercedes Sousa, Khaled, Nicola Piovani, and various artists from Aghanistan, Sarajevo, Belgrade, Africa and Ireland. Thousands watched the concert on giant video screens.

On October16, 2003, Noa was nominated "good will ambassador" for FAO (the Food and Agriculture Organization of the United Nations). In a ceremony which took place in Rome she joined ambassador-celebrities like Roberto Baggio, Dee Dee Bridgewater, Debbie Ferguson, Gilberto Gil, Gina Lollobrigida, Yousou N'Dour, Khaled and Dionne Warwick.

In May 2004 Noa performed in "We Are the Future": a globally telecast fund raising concert for children in conflict areas. The event, which was produced by Quincy Jones and hosted by the mayor of Rome Walter Veltroni, featured an international line-up of stars and performers such as Oprah Winfrey, Angelina Jolie, Chris Tucker, Naomi Campbell and Serena Williams, Patti Austin, Carlos Santana, Alicia Keys, Andrea Bocelli, Carmen Consoli, Josh Groban, Herbie Hancock, Stomp, Take 6, Angelique Kidjo and others. The concert was performed live in front of an audience of 350,000 in Rome's "Circo Massimo", and broadcast on MTV, VH1 and various other channels to millions more around the world. (this performance was held during Noa's 6th month of pregnancy!)

On April 3rd, 2005 Noa became the first woman to receive the "Galileo Galilei" order medal from the "Grand Orient", the Italian arm of the Free Masons Oranization.

On July 2nd Noa performed in Bono and Sir Bob Geldof's "Live 8" concert in front of hundreds of thousands of people that filled Rome's Circo Massimo and millions of TV viewers across the world. The concert's aim was to put pressure on the world's leading nations to erase third world debts. The Rome line up included: Duran Duran, Faith Hill, Lorenzo (Jovanotti), Nek, Pino Daniele, Antonello Venditti, Claudio Baglioni, Tim McGraw, Velvet and many others

On August 7th Noa received the prestigious "Gemona Seminar" prize for artistic excellence and her contribution to peace and understanding. In September, she performed at the "Ambrosetti Forum" which took place in Villa d'Este, Como, Italy, before distinguished participants such as Shimon Peres, Saeb Arekat and Amer Mussa. She took advantage of this stage, as she has many times before, to express her belief in the importance of dialogue and the need for vision-driven, self-less leadership.

In June 2006, the Italian Ambassador to Israel notified Noa that the President of the Italian Republic, President Neapolitano, has decided to award her the prestigious "Stella de la Republica " ( the "Star of the Republic) with the status of "Cavalliere" (knight). This is the highest honor Italy has to give. The formal ceremony is pending.

2) Noa was a zeuhl-flavoured jazz-rock band that released their only album in 1981, which was self-titled. They shared no members with Magma but took heavy influence from their first era.

3) Noa is an active Japanese singer from the Sendai region. She was so inspired by her mother, who always sung to herself during Noa's youth, that she studied piano for about ten years. After her high school graduation in 2007, she successfully passed an audition with the entertainment office "No Doubt Tracks". Her selling points are her adult and carefree voice, as well as her "Gal" type fashion and "Rogue" image.

She has since released four albums, the first titled "Lucy Love" on December 3rd, 2008. It went on to sell approximately 37,000 copies. Her second album "Lucy Love -Season Two-", produced by the hip-hop unit LGYankees (who's albums and live shows Noa participates in) was released on August 5, 2009. Her third album "Noaism" contained the theme song for the theatrical version of the anime Metal Fight Beyblades, SPINNING THE WORLD, and was released on August 18, 2010. It achieved 14th place on the weekly Oricon charts. Her fourth album, "N", was released December 7, 2011 and debuted at 17th place on the daily Oricon charts.

4) Noa is a Bulgarian Drum and Bass DJ producer.

Both Sides Of The Sea