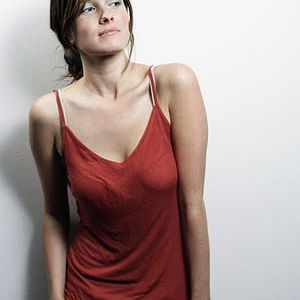 Nina Kinert (b. 1983) is a Swedish singer/songwriter from Stockholm. Her musical style is a mix of country, blues, folk, and pop. Kinert has mentioned artists like Dolly Parton, Emmylou Harris, Johnny Cash, Bob Dylan and Bob Marley as her influences. She rose to prominence in 2007 following the use of her song Through Your Eyes in a worldwide publicity campaign for the Swedish car company SAAB. After meeting Swedish singer Love Olzon in 2003 and working with him and his brother, Simon Ryman, for a while, she found ways to develop her very own style, a mix of pop and folk.

After meeting Swedish singer Love Olzon in 2003 and working with him and his brother, Simon Ryman, for a while, she found ways to develop her very own style, a mix of pop and folk. She released her first album Heartbreaktown on Sony in 2004.

In 2005 she released her second album Let There Be Love, almost completely written by herself, again with Love Olzon as producer. One week before its release in October, an EP called Visitor including a new version of "Heartbreaktown" came out.

Her album Pets & Friends was released April 2008 on her own label, Another Records.

Since the release of the album "Pets and Friends" Nina has toured all over Europe, played sold out shows, made TV-performances and received massive airplay Especially with the singles ?Combat Lover? and ?Beast?.

Red Leader Dream is an audio script for a seventh Star Wars saga that takes place on the desert planet Tatooine after "The Return of the Jedi". A true science fiction epic about love, hope and adventure viewed through a fantasy filter.

"When I was twelve I had a surgery done where metal rails were put into my back and during the long hospital stay, I saw the Star Wars films a countless number of times. Since then I have always wanted to play a role in the space masterpiece. After the somewhat unreal events in my very real life, I was inspired enough to write my own galactic saga " Nina says and stretches her robot back.

The only way to accomplish the task was to take the role as producer, casting director and record company boss herself. An exhausting and sometimes lonely job, but necessary to fulfill the vision.

The result was synthesized, atmospheric and rhythm-driven dreampop, where thoughts wander towards the Cocteau Twins, Enya and Stevie Nicks. Nina's strongest weapon, the infectious melodies and the almost supernatural and beautiful voice, has been given more room than ever.

On November 5 Red Leader Dream will be released on the new label NinkinaRecordings with great hope that the album is accepted by George Lucas as a valid part of the Star Wars Extended Universe.

Let there be love