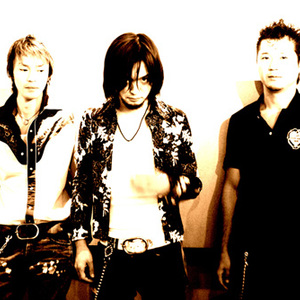 nil (1) is a Japanese rock trio that was formed in 1998. As of 2006 they have released two full albums, 12 INPLOSION (2004) and EXCALIBUR (2005), and a number of singles and mini-albums. They have also released a mini-album of cover tunes called THE COVERING INFERNO (2004) including songs by Deep Purple, Bryan Adams, Dead or Alive, Dexy's Midnight Runners, and Tears for Fears. Tetsu, the main character behind nil is the former vocalist of Malice Mizer (first album "Memoire") and also the vocalist of rock band Zigzo, a band that had a big success in the 90's thanks to the huge popularity of two of the members of the band who were ex-By-Sexual (another 90's Japanese rock band).

Nil (2) debuted with a self-titled album in 1999, and have released three other albums as of 2005. Their third album, Quarante jours sur le Sinai (2002) is highly regarded by many progressive fans. Members of Nil also record with a side project called Thork.

Nil (3) is a french electronic artist who released his debut EP "Comme Un (Presque) Printemps" in 2008 and appears on the "Diesel:U:Music - EDGES" compilation. Recently (2010), his track "Ma Disconica" was remixed Mondkopf.

Nil (4) hails from from Ceska Trebova, Czech Republic. They are a local band, and won second place in the Coca-Cola Popstar competition in 2005.

Nil (5) is a female singer and songwriter from Turkey who was born in 1976. Her full name is Nil Karaibrahimgil. Her father Suavi Karaibrahimgil is a well-known turkish singer. Her album Nil D?nyasi (Turkish for Nil's World)was released in 2002. Last.fm lists her under Nild&uuml;nyasi.

Nil (6) is a indiepop band from Br?hl near Cologne/Germany. The band has got three members and is very popular in the local music scene. In the summer they are going to record their first album.

Nil (7) is a black metal band from Finland. They released their debut 2 track demo in 2010.