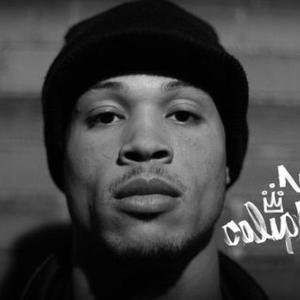 Nato Caliph - a lyrical author and hip-hop artist from St. Louis - is considered to be one of the region's most respected artist and future prodigies. Caliph has gained a remarkable following not only in St. Louis but is known to draw crowds across the Midwest. In contrast with most hip-hop artists, he carries a discrete level of uniqueness as an esteemed artist. While seasoning his witty word play by choosing not to use derogatory or foul language, he also finds no need to glorify drugs, sex or violence in his music.

Known as the ?Moveman,? Caliph captivates his audience
simply through his ability to make them dance and
through his thought-provoking lyrics.
Caliph is no stranger to the hip-hop scene. He has collaborated
with such artists as Murphy Lee of the St. Lunatics,
Naledge of Kidz in the Hall, MF GRIMM of Day by Day
Entertainment, Serengeti, Hi Fidel and MF BASH. Though
Caliph admits his respect for hip-hop artists and emcees
such as Jay-Z, Rakim, Wu-Tang and The Lost Boyz, he sees
fit to stand in a league of his own and that he does nobly
with ?Cipher Inside.?
Loudmouth Music Management/Booking/Promotion
1709 Washington Ave #805 ? St. Louis, MO 63103 ? 314-249-3558
www.myspace.com/natocaliph
Nato Caliph
Cipher Inside
With many musical accomplishments under his belt along
with his degree of conviction, devotion and persistence,
Caliph has shown that he has what it takes to excel in the
music industry. He carries a level of humility which has
served to set him apart from the pack of shallow emcees
and paradoxically elevated him to a larger than life persona.
All the while, Nato Caliph mesmerizes his audiences,
engaging their minds and making their bodies move.
The entire album provides an experience that is altogether
satisfying and reveals lyrical expression that unarguably
borders on a level of high giftedness. Track after track, the
'Move' man displays impeccable timing, intelligent concepts
and strong lyricism over soothing, well developed beats,
easily surpassing the bar of what is expected of a top-quality
Hip-Hop album.
Christopher Schamber,
Sentient Productions
[Nato Caliph] has a quiet determination that is hard to
resist. He has created an album that is the perfect antidote
to flashy, shallow hip hop, and one that deserves attention.
source: www.RapReviews.com
reviewed by Patrick Taylor