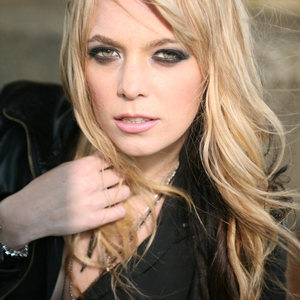 UK Rock singer, NATASCHA SOHL, has an extensive profile of excellent shows, from intimate private parties to sold-out arenas. Born in Paris and a twin, she showed musical promise from childhood (writing her first song at 8 years old), but formed her first band ? little entity. ? while at Sixth Form college. Later ditching her University media degree in favour of a Higher Diploma in Vocals from a music college, Natascha has performed with her band, and later as a Solo Artist, throughout the UK and also in the USA.

She wrote and released her first Album ? STRANGE FASCINATION ? in 2004 through Indie label, Granite Music, and received excellent critical notices from press and industry. Album No. 2 ? DIRTY LITTLE WORD ? was written and recorded in New York at the invitation of A-list song-writer/producer Russ DeSalvo and his team ? a project of which everyone involved is justly very proud ? and this has brought Natascha support in the New York, Los Angeles and Nashville music scenes, together with US management.

Natascha has gigged in the US with the new material on the Camplified tour two years running, and has also done various shows in New York, a Festival in Rhode Island, a student workshop at the University of Massachusetts in Boston, and radio and TV appearances for EXPN, Fox TV and CW11 respectively.

Recently, two of Natascha's songs (BODY BEAUTIFUL and AFTERGLOW) have been Runners-Up in international song competitions and 4 other tracks from the forthcoming Album (NAKED, I'M SO HAPPY, BEAUTY IN THE SILENCE and FADE) have been featured on MTV's mega-hit show, The Hills. Natascha is also a featured artist in the promotion for US clothing chain Steve & Barry's DEAR range of clothing.

With an increasing profile and a number of new songs in production, Natascha flies the flag for British music and home-grown talent. She has an excellent work ethic, memorable songs, genuine star quality and charismatic stage performances, both with her band and acoustically. Natascha is a consummate professional ; an artist whose music, from gut-wrenching ballads to full-on stadium anthems, has something for everyone, and she is more than capable of filling a spot in the male-dominated world of Rock stardom.

DIRTY LITTLE WORD is in the final stages of preparation for release in 2008.