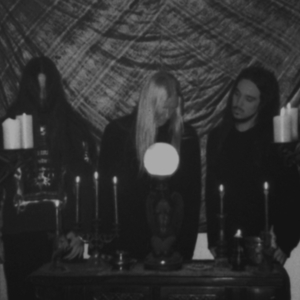 Mournful Congregation is a funeral doom metal band from Adelaide, Australia, founded in 1993. The music revolves around melodies on electric and/or acoustic guitar and is further characterised by minimal drums, deep growled and whispered vocals. Main lyrical themes are personal spirituality, mysticism and depression. In 2009, the band performed live for the first time in their 15 year existence, with 4 Australian shows, and another 17 shows throughout Europe to promote their 2009 album "The June Frost".

The Incubus Of Karma

The Book Of Kings

The Monad Of Creation (EP)

A Slow March To The Burial

The Dawning Of Mournful Hymns CD2

The Dawning Of Mournful Hymns CD1

Tears From A Grieving Heart

An Epic Dream Of Desire (Demo)