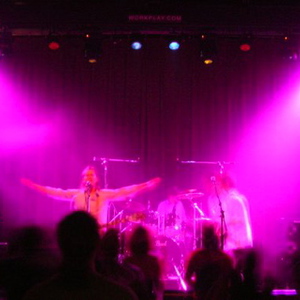 Moon Taxi is a rock quintet hailing from Nashville that synthesizes jam rock and progressive rock with folk rock and jazz rock. Their style is that of a jam band, but they tend to keep the instrumental sections concise and usually return to the main body of the song. A Moon Taxi show offers incendiary dueling guitar work over an impenetrable rhythm section topped off with delicious vocal harmonies. The group prides themselves on their ability to win over ANY type of crowd. The showmanship on stage is topped only by the natural musicianship.

Moon Taxi has just released their debut album 'Melodica' on 12th South Records. The band played a set at the Hangout Music Festival pre-party in May 2011 and the performance earned them much buzz by way of word of mouth throughout the rest of the festival. Expect to hear more from Moon Taxi in the near future if you enjoy live music.