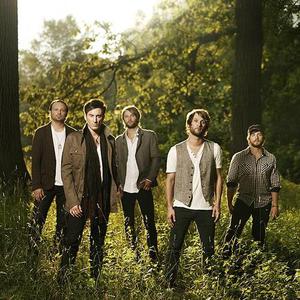 Monty Are I (formerly "Monty" and before that formerly "Monty's Fan Club") is a rock band from Cranston, Rhode Island, United States. They consist of 5 members: Steve- Lead Vocals, Guitar Andrew- Keyboards, sampler programmer/sequencer, Trombone Justin- Drums Ryan- backing vocals, trumpet, guitar Sledge- Bass (though they've been know in shows to all switch and play a style of music they call "Action Rock")

Their Album "Wall of People" was released on Stolen Transmission Records, their debut on a record label. They've released two other CDs, "The Red Shift", released independently under the name Monty, which is now out of print, and a Self-titled EP under the name of Monty's Fan Club, which is still available.

They have announced on their Myspace page that they have finished recording a new record, Break Through The Silence, released September 22, 2009

Monty Are I used to be called Monty's Fan Club and is named after Cranston High School West's band instructor.

Break Through The Silence