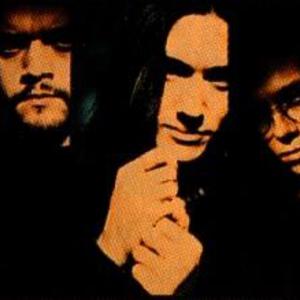 1) Moist was a five-piece Canadian alternative rock band that was popular in the mid-to-late-1990s. The band was led by singer David Usher. Other members of the band were Mark Makoway (guitars), Jeff Pearce (bass), Kevin Young (keyboards) and Paul Wilcox (drums). Moist formed in the early 1990s and eventually released an independent cassette in 1993. The cassette caught the attention of EMI, who released their first full-length studio CD, Silver, in 1994.

Moist formed in the early 1990s and eventually released an independent cassette in 1993. The cassette caught the attention of EMI, who released their first full-length studio CD, Silver, in 1994. Producer Terry Brown (Rush, Blue Rodeo) was brought in to work on a few of the band's songs, and the album went on to sell 400,000 copies in Canada on the strength of hard-hitting singles like Push, Silver and Believe Me. The follow up, Creature, was released in 1996 to even greater success, with the band's sound maturing and fostering its softer side. A final studio album titled Mercedes 5 And Dime was released in 1999 which was softer and more melancholic than previous releases.

Moist are currently on an indefinite hiatus and show no signs of a reunion. David Usher has pursued a successful solo career.


2) After a life-long love affair with music, songwriter and producer, David Elfstr?m Lilja, began releasing his own music under the name Moist in 2008. In Moist, he began his dream project, in which he writes, produces and play most instruments. His sound can be found on numerous remixes and in collaborations with different vocal artists such as Maria Marcus, Sophie Rimheden and Kana Otsubo. His most recent work with hits like "On And On" and "Release Me" by Agnes, are enjoying heavy rotation on European radio stations. He just finished the single, ?Far Beyond The Endless,? with Maria Marcus and writing and producing a track with the Japanese singer and keyboardist, Kana Otsubo, of Spangle Call Lilli Line, which will appear on Moist's album due at the end 2009, early 2010.

Background
Born in a small city on the Swedish coast north of Stockholm in 1971 Moist began his musical aspirations as a child, picking up his first set of drum sticks at the age of 5, inspired by his two older brothers. Music has always played a large role in his family, starting with his great-grandfather, Jon-Erik Hall, a renowned Swedish folklore traveling musician. Moist was determined to carry on the musical lineage in his family and attended a junior music college where he continued as a drummer as well as playing and programming keyboards and taking vocal lessons. Over the years Moist has been a member of numerous bands and explored different musical genres, including that of a drummer in a heavy metal band to a keyboardist in various Kraftwerk-inspired settings and synthesizer pop bands. From the mid 1980s to early 1990s Moist was part of the group The Silents and made tracker music and chip tunes on a Commodore Amiga under the alias d-Zire. Since music has always been a part of his life Moist decided to put his career as an art director in web/print aside to focus on his musical career fulltime.

The Music
All his musical experiences come together in a mix of Electronica, DownBeat and ambient. Drawing inspiration from artists like Everything But The Girl, Red Snapper, Sigur Ros, Dive, Bj?rk, Massive Attack and Marconi Union, Moist has created his own songs and done remixes for various Swedish, European and Japanese artists.

In addition, Moist has created music for commercials for brands like Kellogg's, numerous scores for short films and a couple of full length independent, feature films.

With crisp, delicate and intense sounds, Moist creates a deep listening mode. Having had a lifelong love-affair with music of different kinds his goal is to create calm music for a fast-paced world. Moist shares his love for electronic sounds in an exquisite combination with acoustic instruments like the cello, violin, flute and guitar.

Moist is an independent producer who writes, produces and releases his own material. He has also produced under the following pseudonyms: The Void, Yokohomo and Numb. For drops and collaborations please contact Moist at www.moist.se.

3) Moist is an Indie Rock/Shoegaze band from Semarang, Indonesia. you can check them at http://soundcloud.com/moistband

End Of The Ocean Clear

End Of The Ocean