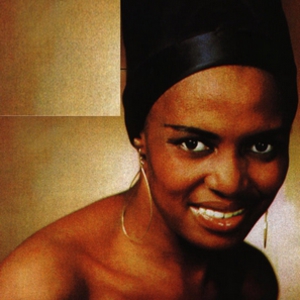 Miriam Makeba, also known as Mama Africa, was beyond dispute one of South Africa's true legends. Born March 4, 1932 in Johannesburg, Miriam Makeba was barely 21 years old when she, as a member of the Manhattan Brothers, reached for the stars in her home country. It didn't take long before Miriam Makeba's career was brought to another level. In 1966 she received a Grammy Award for the album An Evening with Harry Belafonte & Miriam Makeba, making her the first African artist to win a Grammy.

Her star rose further when she released her 1967 globally acclaimed Pata Pata, including the worldwide hit "Qongqothwane" (better known as the 'Click Song'). Shortly thereafter she published her autobiography .

Miriam Makeba used her voice to entertain, but also to give a voice to millions of oppressed fellow South Africans who suffered as a result of apartheid. The price she had to pay for her actions was high, namely her South African citizenship. After she appeared, in 1960, in the an anti-apartheid documentary Come Back, Africa, the South African regime banned her from returning to her home country and took away her citizenship.

This event didn't stop her from continuing to raise her voice against the apartheid regime. Between 1964 and 1975, as a United Nations delegate of Guinea where she was granted asylum, Miriam Makeba addressed the General Assembly of the United Nations regularly on the tragic developments in South Africa.

Meanwhile she carried on singing, a process in which she put South African music on the map. Over the years Makeba worked with artists as Joe Sample, Stix Hooper, Arthur Adams, and David T. Walker of The Crusaders. In the late 1980's she joined Paul Simon and Ladysmith Black Mambazo during their world-wide Graceland tour and in 1990 she worked with Odetta and Nina Simone for the One Nation tour.

Following Nelson Mandela's release from prison, the citizen of the world Makeba returned to South Africa in December 1990; more than thirty years after she went in exile. In April 1991 she performed her first concert in her homeland in three decades.

The years after were busy ones for Makeba. She starred in the South African award-winning musical Sarafina! , about the 1976 Soweto youth uprisings, playing the role of the title character's mother. She then reunited with her first husband, trumpeter Hugh Masekela, for the Tour Of Hope. She also performed at the Vatican's Nevi Hall during the world-wide broadcasted show, Christmas In The Vatican. In 2000 Makeba released the grammy-nominated Homeland, her first studio album in a decade. In 2002 she shared the Polar Music Prize with Sofia Gubaidulina, in recognition of her exceptional achievements in the creation and advancement of music.

After her return to South Africa Miriam Makeba recorded over ten albums. In 2004, at the age of 72, she relased Reflections honoring the tenth anniversary of the end of apartheid in South Africa. In that same year Makeba was voted 38th in the Top 100 Great South Africans. She also started a 14 month worldwide farwell tour in 2005, holding concerts in all countries she had visited during her life.

With an impressive career spanning more than four decades Miriam Makeba is, indeed, one of the most respected, loved and cherished treasures in (South) Africa.

On the early morning of 10th of November 2008 she died at the age of 76 after being taken ill near the southern Italian town of Caserta, after performing at a concert against organized crime.

Sing Me A Song