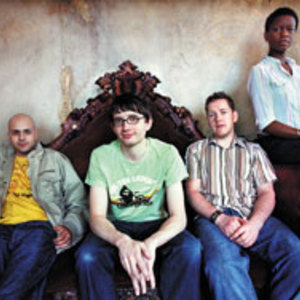 Mint Royale is a big beat electronic music act from Manchester, England. It was originally founded by the duo of Neil Claxton and Chris Baker; the latter left the band in 2004, but Claxton continued to produce music using the Mint Royale name. They are widely known for their remixes. Notably "Singin' In The Rain", which made #1 in the UK in 2008 after the song was used by dancer George Sampson on the hit show Britain's Got Talent.

The band originally started in 1997. They first specialized in remixes, and became known after the release of their mix of "Tequila", by Terrorvision. They were championed by British dance guru Norman Cook, whose DJ sets regularly included their work. Their sound was similar to his, to the extent that some people mistakenly believed Mint Royale to be a pseudonym for Cook himself. Their first album, On the Ropes was released in late 1999, and though it was not a big sales hit, some songs from it have achieved recognition. The single "Don't Falter", featuring Lauren Laverne from Kenickie, was a minor hit in the British charts. The song "From Rusholme with Love" has been made recognisable through its extensive use in film and television series soundtracks. Notable examples include the theme tune for the film Kung Pow! Enter The Fist, as well as being present on the soundtrack of the films Vanilla Sky, Get Carter, Serendipity and the television series ALIAS and Spaced. The song "Because I'm Worth It" has also been used as the theme tune for the Jamie Theakston and Zo? Ball chat show The Priory.

The band released their second album, Dancehall Places, in 2002, and afterwards embarked on a series of live shows and a UK tour in 2003

Mint Royale returned to the studio to start writing and recording their third album in the April of 2004. The next few months were a turbulent time for Mint Royale with founding member Chris Baker parting company with the band. However, Neil and the resident vocalists returned to the studio to complete the recording of the third album (January 2005) and the result was ?See You In The Morning'. In 2005 the group released "Waiting in the Rain" on the "Wait for You" EP - a remix of Singin' in the Rain, which was featured in the January 2005 Volkswagen Golf GTI commercial. It reached initially #20 on the UK Singles Chart after it was released as a single (remixed and renamed as "Singing In the Rain"). This version also features on the album "See You in the Morning".

See You In The Morning