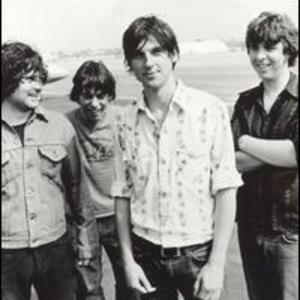 Minibar moved to California six years ago from London to make a record for Universal Records, "Road Movies" produced by T-Bone Burnett (The Wallflowers, Counting Crows). Minibar's dreams of spending their days in Malibu hot tubs covered in bling bling were quickly dashed when they got the elbow just months after the record was released. Instead of heading home with their tails between their legs they made "Fly Below The Radar" with production help from Rami Jaffee and Greg Richling from The Wallflowers and Dusty Wakeman (Lucinda Williams, Dwight Yoakam).

Minibar released its third record, "Desert After Rain," in 2006. Minibar has toured with the Wallflowers, Pete Yorn, Wilco, Keane, The Jayhawks, and the Old 97's.

Fly Below The Radar