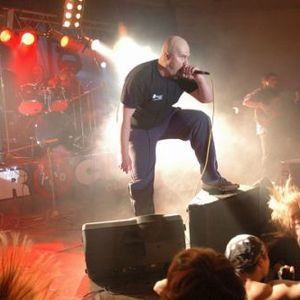 ALM, The Abundant Life Church is a large Christian neocharismatic church based in Bradford,in the north of England, which is part of the British New Church Movement. It is led by senior Pastors Paul and Glenda Scanlon. The church also has a second location in Belfast, as well as an extension service in Leeds city centre. The church describes itself as "one church, three locations". In 2003 it had an attendance of over 2,000 people; by 2006, the figure had climbed to 2,800. - History -

The church also has a second location in Belfast, as well as an extension service in Leeds city centre. The church describes itself as "one church, three locations". In 2003 it had an attendance of over 2,000 people; by 2006, the figure had climbed to 2,800.

Abundant Life Church has its roots in the Charismatic Restoration movement of Arthur Wallis. It was founded in 1976 by Bryn Jones, one of the early Restoration/British New Church leaders, by an amalgamation of three small Bradford churches - a charismatic Brethren Assembly based at the Bolton Woods Gospel Hall, an independent charismatic church made up mostly of former Baptists who had been unable to continue in their church because of their charismatic beliefs, and the New Covenant Church, a fellowship originally under the apostolic leadership of G. W. North. In its early days it met in the Anglican Church House and so has often been known locally as Church House. In 1988, the church spent almost ?1 million to buy a former textile mill on Wapping Road and build a main building with a car park at the rear. In 2000, the church extended the campus, constructing an auditorium capable of seating 2,000. In 2008, the auditorium itself was extended, creating space for a day care centre, a coffee shop, and additional offices and meeting rooms.

Paul Scanlon is the Senior Pastor of Abundant Life Church. He and his wife, Glenda, have served on the pastoral staff for more than 27 years.
"Since becoming the Senior Pastor, Paul has successfully led the church through a period of reinvention ? which has become known as our ?Crossing Over' ? the fruit of which is seen in the thriving & strong Church we are today. His leadership has also seen the launch of the Abundant Life Leadership Academy, the Abundant Life Network of churches."

The church has its own record label, Abundant Life Music, which currently has a publishing and distribution deal with Integrity Music. Through the church's label, the worship band and youth band have produced several praise and worship albums. On May 31, 2010, the church released its first project on record label Integrity Music, "Name Above All Names", under the name ALM:uk. The church formerly partnered with Authentic Media, now a part of Kingsway Communications.

> The Times, 28 March 1988, "Spectrum: The feeding of the five thousand"
> The Times, 9 February 2002, "Christians urged to worship pop idol"
> http://en.wikipedia.org/wiki/Abundant_Life_Ministries