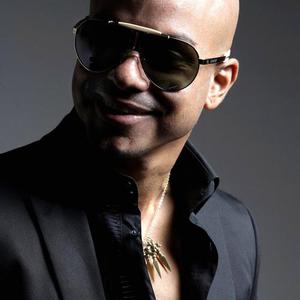 Michael Stuart (born January 9, 1975) is an American salsa singer and actor of Puerto Rican descent. Stuart's parents emigrated from Puerto Rico and settled in New York in the 1960s where he was born. He taught himself to play the trumpet and most of the times he would sing to the tones of H?ctor Lavoe and El Gran Combo. It was Domingo Qui?ones who had influenced Stuart's style of singing. With the help of his uncle, it wasn't long before Stuart was singing back-up to the likes of Johnny Rivera and Marc Anthony.

With the help of his uncle, it wasn't long before Stuart was singing back-up to the likes of Johnny Rivera and Marc Anthony. In 1996, Stuart recorded his first CD, Cuento de la Vecinidad (Tale of the Neighborhood), which included a remake of Michael Jackson's "The Lady in My Life". His debut CD was a hit in the Hispanic community. In 1998, Stuart recorded his second CD, Retratos (Pictures). Among the awards that he won for this recording were the "New Salsa Artist Award" and the Paoli Award. In 2000, Stuart released his third album, Subeme el Volumen (Bring up the Volume). In 2002, Stuart released his fourth CD, Michael Stuart. In 2004, Stuart released the Latin Pop album Sin Miedo, which was nominated for 2005 Latin Grammy for Best Tropical-Contemporary Album of the Year. Stuart's latest release is a salsa album entitled Sentimiento de un Rumbero, released on Machete Records in 2007. He is active in the music business and participates on stage productions in Puerto Rico.