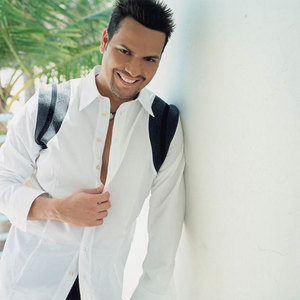 Unlike other young salsa performers such as Marc Anthony, he has neither recorded in English, nor made a Latin pop album, nor (with rare exceptions) ventured into acting, preferring to remain a musician grounded within salsa music.

Although born in New York, V?ctor was raised primarily in A?asco and Isabela, Puerto Rico. Growing up in Puerto Rico had a great impact on his youth as he enjoyed salsa music (which was immensely popular in Puerto Rico at the time). His singing career began by chance, during a concert at his high school's graduation party by salsa superstar Gilberto Santa Rosa. At the instigation of classmates, who were going on about their friend the sonero, Santa Rosa invited V?ctor to jump up on stage and sing a song with him. To Santa Rosa's surprise, not only could Victor sing, but he "free-styled" the improvisational soneo lyrics in the song, and traded soneos with Santa Rosa. Shortly thereafter, on Santa Rosa's recommendation, Puerto Rican bandleader Don Peri?on hired teenage Victor as a backup singer. During these years of apprenticeship he performed with numerous salsa greats.

Thanks again to Santa Rosa, Manuelle was eventually signed as a solo artist to Sony Tropical. His debut album, Justo A Tiempo ("Just in Time"), which Santa Rosa produced, was released in 1993.