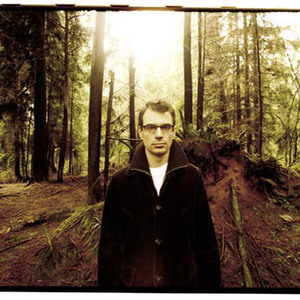 Matthew Good is a rock musician from Coquitlam, BC, Canada, formerly of the Matthew Good Band, which was disbanded in 2002. His solo career has met with continued success, with the release of Avalanche on March 4, 2003. He followed that up on June 15, 2004 with White Light Rock and Roll Review, and on September 20, 2005 with In a Coma, a best-of documenting his musical career from 1995-2005. On July 31, 2007, he released his third album, entitled Hospital Music. The album consisted of 15 tracks, and is a deviation from the other albums in that this album is completely personal.

Matthew Good's fourth album came out on October 6, 2009 and was entitled "Vancouver". The album, is a concept album and deals with Good's reflections of his hometown of Vancouver, and won him Best Rock Album at the Junos. Good also released a live album in the autumn of 2008. It contained live recordings from his concert at Massey Hall in Toronto on May 29, 2008.

Good is a strong advocate for human rights, and is affiliated with Amnesty International.

He has also released a book entitled "At Last There Is Nothing Left to Say," consisting of a series of blog entries and manifestos he posted on Matthew Good Band's website before the band disbanded. As well as being a testament to why he continues to have a solid and devoted fan-base, the work showcases Matt's unique perspective, and the creative mind that is the source of his success.